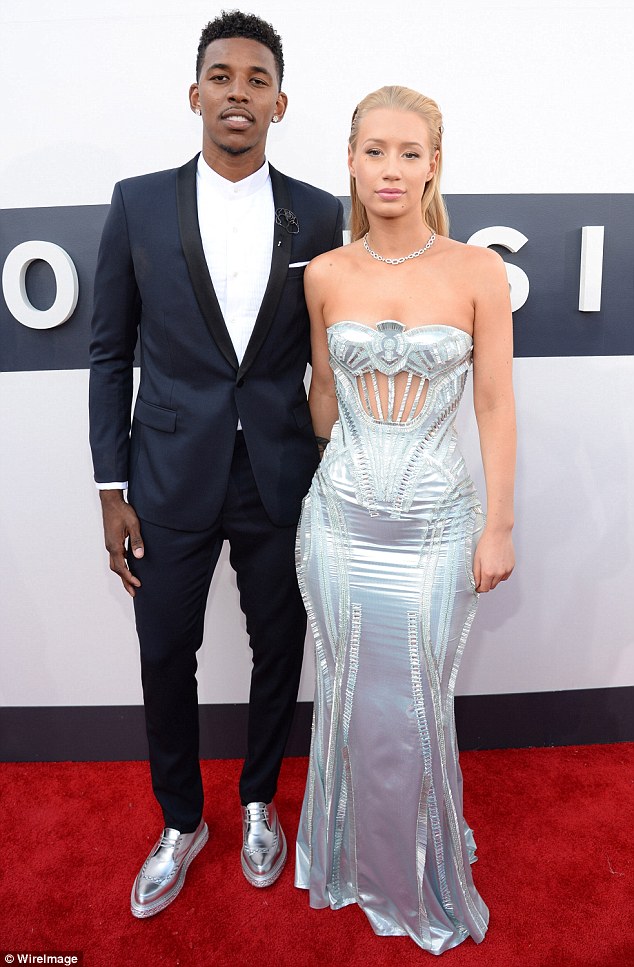 Nick Young and Iggy Azalea‘s and the heat around their ugly public breakup has largely cooled off, but that doesn’t mean that Swaggy P is done talking about his lost Aussie love just yet. Young recently gave Azalea and her new boyfriend, French Montana, the blessing to tie the knot all with a big grin on his face.

TMZ ran into Young while out and about in Los Angeles and they asked the Los Angeles Lakers player his thoughts on Iggy and French being together.

“I’m happy, man. I wish they get married,” said Young as he hurried to get into his vehicle. In closing, he said that he’d gift the couple with a diamond. A diamond what, Swaggy P?

Anyway, check out the video of the awkward encounter below.