Sean Healy: The story behind a powerful name in music 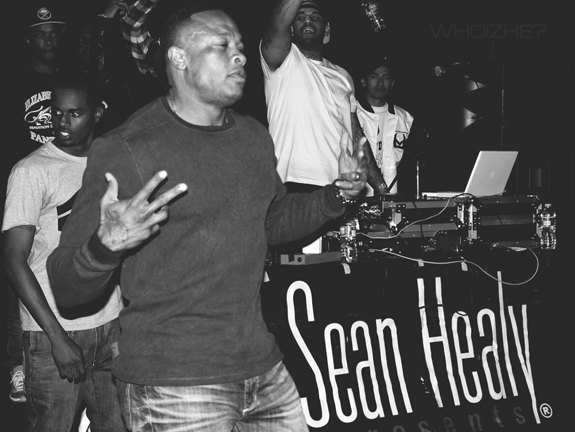 The promoter, business owner and manager of Kota The Friend tells his story

Long before Kendrick Lamar hauled in a Pulitzer Prize and widespread acclaim as an MC, he stepped on the stage in LA’s Key Club for a night that would change his life. In February 2010, Kendrick sold out his first major LA show, which was capped by Dr Dre himself showing up, proclaiming him as a new star in Hip Hop. This success story, and countless others throughout the years was made possible by Sean Healy, a former actor who started Webookbands.com out of his apartment bedroom. Sean’s business has been a resource for musicians since ’96, and his ear for talent has granted him longevity in this ever changing music biz. 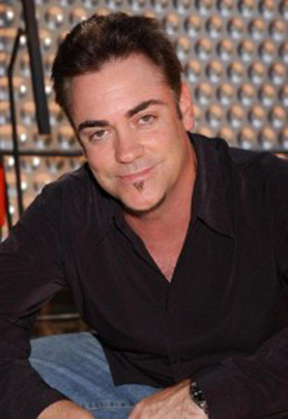 Sean’s perspective on the ups and downs of being an independent artist came from his start as an actor. He knew how hard things were, and through access to a warehouse space, his idea began. “When it wasn’t used I started booking poets, musicians and performance art acts on a show called the Poe Zone,” He says. “I started meeting really cool unique acts and one day I called a music venue out of a newspaper and asked if I could do a show there.” He went on to become the daytime booker of the club, more venues opened up and more nights were presented. Soon enough, he had nights at clubs all over LA. 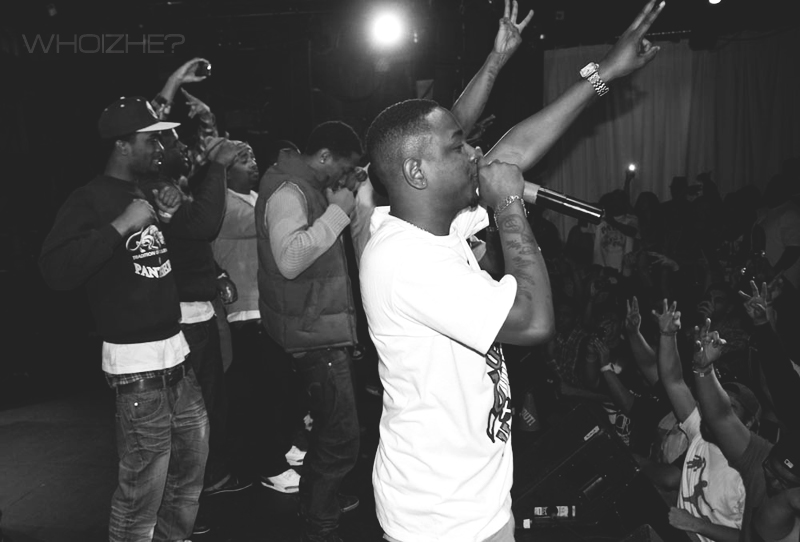 “I would just tell myself even if you lose money, its still an advertising opportunity.”

The success stories of Sean Healy and Webookbands.com speak for themselves. They’ve done thousands of shows, providing opportunities for local acts to open up or eventually headline. This list includes J Cole, Lil Uzi, 21 Savage, YG, Future and Big Sean amongst many others. At this point in his career he’s able to speak facts about what it takes for an artist to make it. “You are your own business,” He says. “Like it or not when you create your music and are putting it out there, you are creating a brand. Create the character you wish to become through your music. Be different. Create meaningful content and music and the rest will take care of itself.”
With work ethic and self branding being a few of the things that Sean Healy highlights, his allegiance with Kota The Friend comes at no surprise. The Brooklyn rapper was already in the system as a local opener in NYC, but he wanted more. Kota’s unique vibe came with a DIY approach to the music game, as he produced his own music, shot his own videos and created his own content. His fanbase was growing by the day and Kota wanted to perform in other cities. “I was resistant at first because he was from NYC and I didn’t see how he could sell tickets all the way across the country,” He says. “We gave it a shot on some low risk venues so if it failed nobody would get hurt. He ended up doing over 100 tickets in those markets and then I really paid attention” 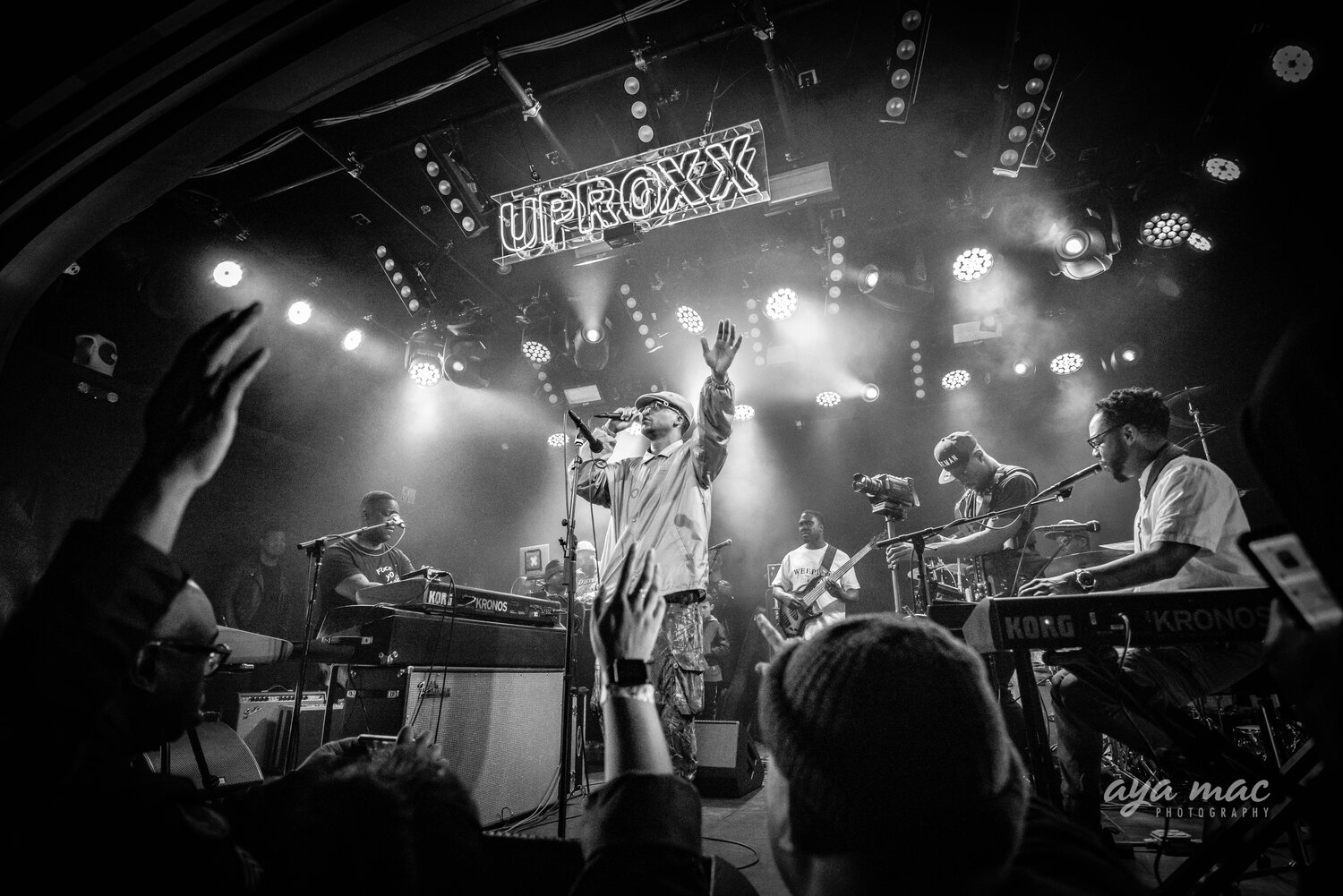 On a rainy weekend in LA, Sean Healy holed himself up at his house and listened to Kota The Friend for hours. It was then that he realized that he was a unique talent that he hadn’t seen before. “I set up a meeting and he came in my office . I asked him point blank, who produced these? Who did the artwork? Who did the design etc? He answered “Me” to every question and then I realized how gifted he was.” A few emails later, he was managing Kota and the two independent minds who have always done it their way, have been building ever since. 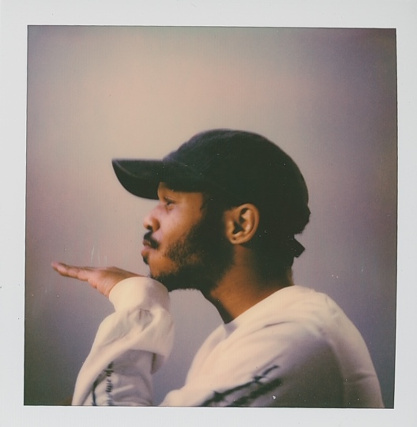 “We gave it a shot on some low risk venues so if it failed nobody would get hurt. He ended up doing over 100 tickets in those markets and then I really paid attention”

Going forward, Sean Healy foresees things only getting bigger, both in terms of his alignment with Kota and his own business. There will always be bands in search of venues, and more special moments like the Kendrick show, because Sean’s there to make it happen. “There were so many times I wanted to quit in the early years. I was the promoter, the door guy, the DJ,” He says. “There were so many nights I went to work and lost money. I haven’t stopped working since 1996 but I would just tell myself even if you lose money, its still an advertising opportunity.” All of that work paid off and thanks to that mindset, Sean Healy is able to create opportunities for so many others.
X
X