A Game 7 for the ages 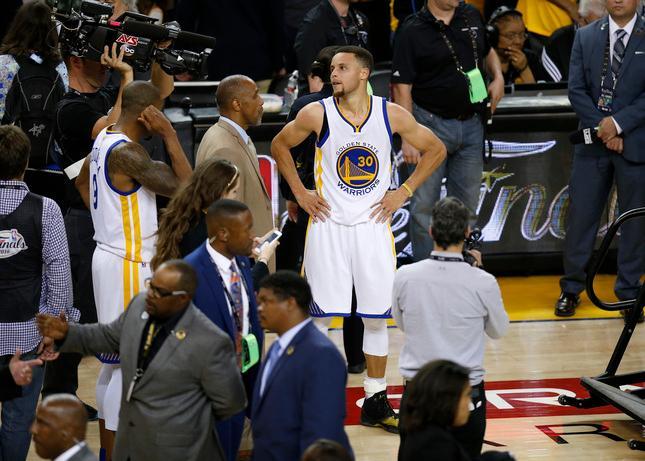 The morning after… and several mornings thereafter, this will be a Game 7 to remember.

It’s rare a game of this magnitude going into it lived up to the hype and Cavs-Warriors June 18, 2016 actually did.

Second, “The Block” was absolutely incredible.

(Look at how LeBron comes in the frame here. And then the screengrabs too.)

lebron traveled through time to block this shot https://t.co/D8a6lOfWFb

Kyrie’s stepback is an instant permanent fixture in Finals lore. It was 89-89 for 4 straight minutes in a Finals Game 7. No matter if you had the Warriors horse in the race (I did) you have to be grateful for this moment for the game of basketball.

And props to Kevin Love. For how maligned he was throughout his Cleveland tenure and cresting in these Finals, he┬álocked down Stephen Curry in the biggest possession of the game. There’s no monkey on K-Love’s back anymore.

This defensive performance by Kevin Love on Steph Curry was as important as any play in the game pic.twitter.com/HCydWHyt5Q

And perhaps the best moment of them all: JR Smith breaking down at the postgame press conference. There’s something about JR that I’ve always rooted for, even though he seems like the antithesis of a quality, team-first basketball player at times. He is one of the internet’s favorite players and that’s where I reside. But I always got the impression that he’s just misunderstood, and when you dig deeper into his story, or at the very least watch below, you’ll have some newfound respect for┬áJR Smith.

Then I woke up to this, already viral clip. Lmao!

Have a fun time, Cleveland!

shouts to my number one dude delly for looking like that guy who did a lot of research about best vegas buffets pic.twitter.com/ptWIijdmcb

On the flip side, the pain for the┬á73-9 Golden State Warriors. They’ll always be known as that, as much as for their Game 7 loss. My gut is wrenched for them after watching this core since Steph Curry’s NBA emergence a few years ago now (I was a Curry fan since his┬áDavidson┬ádays┬áso you can spare me the bandwagon accusations.)┬áI got League Pass this year just to watch their season-opening streak and went to Milwaukee to end up watching their first loss. In brief, I’ve watched a lot of Warriors basketball and this beautiful team just didn’t play up to their lofty standard set earlier this season and numerous big games before these last three.

Now there’s a host of what ifs, many of which brought upon themselves. Draymond Green’s suspension, firstly, which he owned up to again in the post-game presser, “I blame myself for everything. That’s just who I am.” And I’m probably in the minority, but I felt that shouldn’t have been upgraded to a flagrant that led to the suspension. The NBA manipulated the series by putting the hammer down and the Cavs took full advantage.

You also have Steph Curry’s injury (I know, I know) but it was┬álikely a hampering detriment,┬áand at the very least tested the Warriors more physically and mentally. Andrew Bogut’s injury loomed large the last two and a half games as Kerr lost rim protection he valued over more small-ball lineups. That led to some of the worst minutes last night by Festus Ezeli and Anderson Varejao.┬áI love Steve Kerr, but I think he screwed up with those two and Harrison Barnes when guys like Livingston and Barbosa (16 minutes, 4 minutes respectively) had a great series and yet were not inserted in key second half moments.

Even karmically, Joe Lacob’s infamous “light-years ahead” comment that ultimately tempted fate and begun a downfall of increased unlikeability towards the juggernaut. Ayesha Curry’s ill-advised tweets, especially in the fallout of Curry’s (honestly kind of┬áwarranted) Game 6 ejection. The┬átrash talk from Klay Thompson or Marreese Speights even┬áignited more of a flame within the Cavs. (Zach Lowe uncovered that Klay’s “we would beat the Showtime Lakers” quote riled up the Cavs in his must-read G7 obituary today.)

Just look how long these above paragraphs are and that’s┬ájust the summary of it. All those things combined and Warriors fans can remember it was 89-89 with a minute to go. So close. But as Andre Iguodala poignantly and concisely puts it, “It was meant for them to win. That’s the bottom line.”

The post A Game 7 for the ages appeared first on Gowhere Hip Hop.