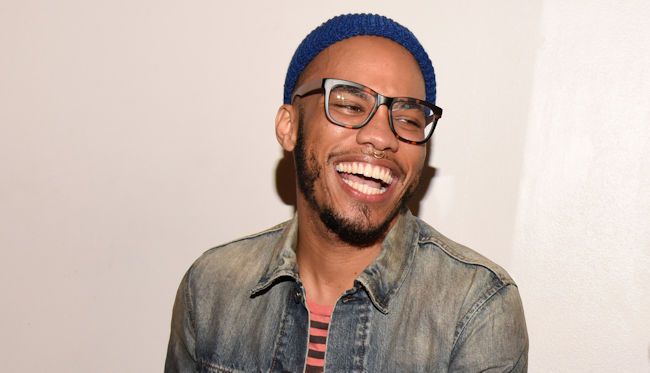 Anderson .Paak has had one of the best years for an artist. He kicked off January with the release of his stellar, still-talked-about Malibu album. The consensus is that .Paak will be in the running for a top 10 album by the time the year-end lists and discussion begin to happen. The following month he signed to Aftermath Records. Just last week, he was a part of the annual XXL Freshmen cover. Where does he go from here? The NxWorries album with Knxwledge.

Back in December, Anderson .Paak teamed up with producer Knxwledge, who was riding high off a big year himself after producing Kendrick Lamar’s “Momma,” to create the NxWorries EP. It was a teaser of the chemistry between the duo, providing two new songs and a few remixes. Shortly after it came out, the two made it clear that an album was in the works. An early release date once pointed to May, but that’s come and gone. The latest update comes from .Paak who says that the album is officially done.

I want the Nxworries album too, it's fuckin done!!!!

The news is exciting on its own, but .Paak decided to take it a step further. He wanted to build the hype to unimaginable levels. He took it to a place where most rappers go. He declared NxWorries album as his best work.

Artists should feel like Anderson .Paak when looking ahead. Nobody wants to admit their best music is in their past, but Malibu is still fresh and being enjoyed. The world hasn’t even fully discovered this hidden gem yet. The NxWorries album has a huge expectation weighing it down now.

Then again, we as fans won’t even remember the statement once the album drops. Rick Ross claims all his work is better than the next, we scuff at the idea, and then never bring it up once we have said material. To some, the statement means nothing. We don’t have to worry about the quality of the NxWorries album. Anderson .Paak has proven himself with several projects over the last two years. If the music is good, that’s all that matters.