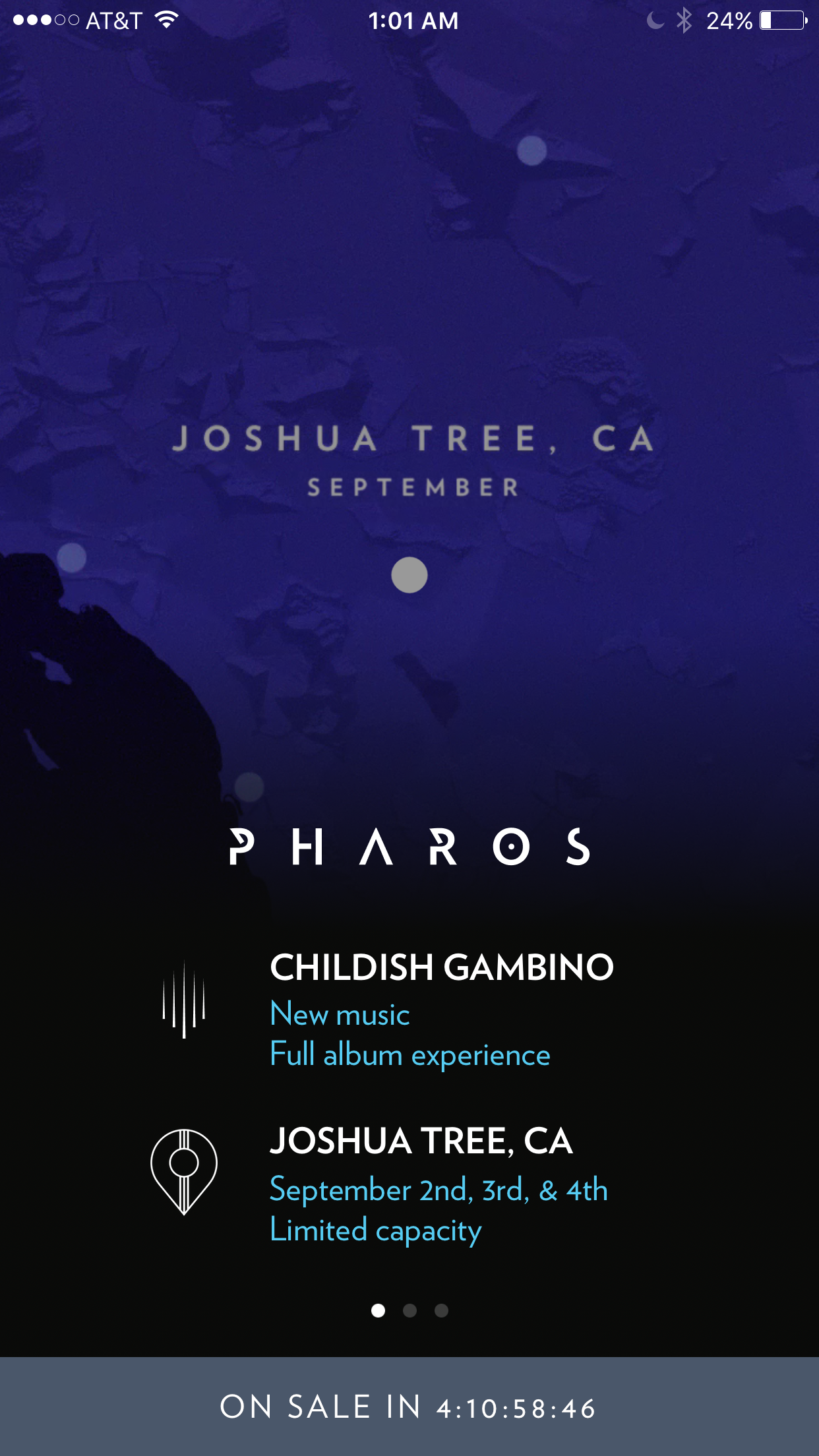 Yesterday, I was one of possibly 30+ million people in on Game 7, so I missed this announcement at the time. If you were one of the many like me (or perhaps distraught from the Iggy Azalea x Nick Young breakup┬áor actually watching the Kardashians), you should be happy to know that Childish Gambino revealed what his new┬áPharos app was about:┬áan announcement for a new album, to be unveiled September 2-4 at Joshua Tree. It looks like it’ll be titled,┬áPharos, too.

I dig that it’ll be a live experience rollout that his die-hard fans will certainly enjoy.┬áThrow this on top of the premiere of┬áAtlanta (the commercials of which were always heartwarming to see during The Finals) and an upcoming role in Spiderman and the Gambino takeover will resume this Fall and beyond. Lookin’ forward to it.