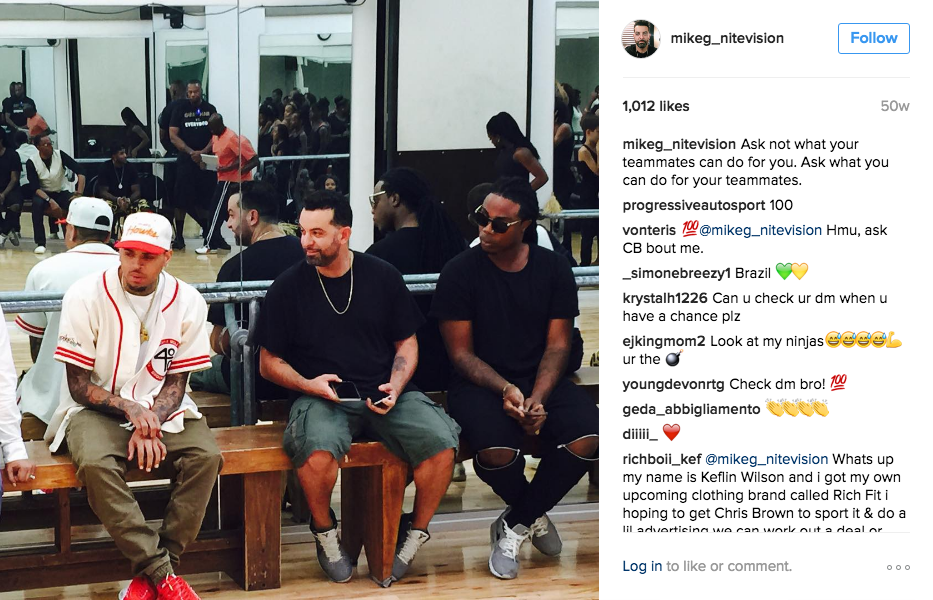 Chris Brown allegedly took his PR manager into a room and blessed him with a 2-piece and a biscuit. At least that’s what Mike G of NiteVision Management┬áclaims.┬á

Mike G claims he was hired in 2012 not only to change Brown’s image but to get him out of debt and off drugs. Mike G says he did well by Chris, who had a resurgence in popularity.┬á

Things allegedly turned bad last month, but Mike G claims without provocation, Brown took him in a room, brutally attacked him with repeated punches to the face and neck which landed him in the ER.

The lawsuit claims Brown, rather than being remorseful, began mocking Mike G on social media and bragging to friends about the beating. ┬áMike G says Brown had the audacity to tell people working on his tour, if they got out of line he’d beat them just like he beat Mike G.

One, this isn’t Mike G of the Jungle Brothers (that would have been crazy).

Two, we gotta hear both sides.

Although Mike G has not gone on the record this time, the following statement was provided to Hip-Hop Wired via his attorney, Patty Glaser:

“We did everything we could to resolve this in a non-public way to avoid damage to Chris Brown.┬á Regrettably, as outlined in our complaint, Chris Brown has proven to be his own worst enemy.”

In the aforementioned complaint, Brown is being accused of attacking Mike G on May 10, 2016. Claiming that the attack was unprovoked, the complaint also notes Brown’s “history of violence” and accuses the singer of false imprisonment, causing emotional distress and breach on contract. Mike G is seeking punitive damages.

Breezy is┬ácurrently in Europe. Also, this partially confirms the long running joke that being a PR rep for Chris Brown is peak struggle.

More pics of Breezy and Mike in better times on the flip.