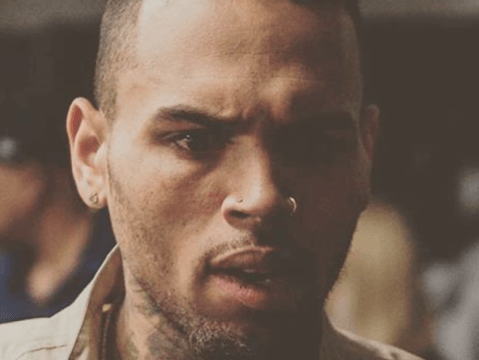 R&B singer Chris Brown has stepped forward to speak out on West Coast hip-hop artist Game referencing his ex-girlfriend Karrueche on the new “All Eyez” single.

Last month, a screenshot surfaced of Chris Breezy speaking on his former flame.

Last winter, Brown shouted out Karrueche on his “Back To Sleep” remix.

Chris Brown, 26, unleashed what has to be the sexiest remix ever in the early hours of February 20, teaming up with Zayn Malik, 23, and Usher, 37, for a new version of “Back to Sleep.” The song, overwhelmingly about some raunchy plans for the bedroom, includes a surprising verse about ChrisÔÇÖ ex, Karrueche Tran, 27! (Hollywood Life)

Now where you been, itÔÇÖs been a year Baby I ainÔÇÖt seen you You know I miss you Baby let me love you back to sleep once more And I know we donÔÇÖt speak no more But I just wanna tell you IÔÇÖm sorry For f**kinÔÇÖ around with Keisha and MaKayla For all the Georgia peaches in Decatur For all these b**ches in the elevator I just want you to love me Yeah baby donÔÇÖt test me You know IÔÇÖll do it You want me to say your name girl? Okay, Karrueche! (“Back To Sleep” Remix)

Back in October, Karrueche revealed she no longer kept in touch with Chris.

Karrueche says she’s no longer in contact with Chris Brown, and adds “we’re not friends or anything like that at this point”. … “A lot of people think I am a weak individual because of past situations and when it comes to business sometimes people don’t want to be involved with somebody like that. Which is understandable, but it sucks, because I’m not a weak person.” (BBC)

The post Chris Brown Responds To Game Saying “Karrueche!” In New Rap [Audio] appeared first on For The Best In Hip-Hop News – SOHH.com.