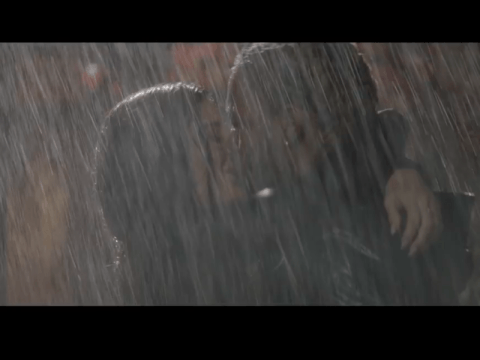 OVO Sound’s PartyNextDoor is making sure the world knows how he feels about rumored girlfriend Kylie Jenner by locking lips with the reality TV star in his new “Come and See Me” music video.

PND relied on Kylie’s looks for some unexpected streamy on-screen moments in the new visual.

The OVO Sound crooner took to Snapchat to premiere the steamy video for ÔÇ£Come and See MeÔÇØ co-starring Kylie Jenner. It features intimate scenes of the rumored couple making out in the rain, further fueling talk of romance between them. The visual also includes cameos from another rumored couple, Big Sean and Jhen├® Aiko, and product placement spots for Kylie Cosmetics and DrakeÔÇÖs Virginia Black whiskey. (Rap-Up)

ÔÇ£When youÔÇÖre in a very public relationship like that, itÔÇÖs hard for other people to see you differently. Being in that, it took a lot from me, just, career-wise and everything. It overshadowed a lot of my talents and a lot of things I worked hard for.ÔÇØ (Real 92.3)

Recently, Jenner shut down buzz about her and Tyga’s rumored sex tape coming out.

“Everyone’s like, ‘Leak the sex tape.’ Guys, you’re never going to see a sex tape from me. It’s not gonna happen, so.”

A sex tape featuring Kylie Jenner and now ex-boyfriend Tyga has reportedly surfaced. Kylie, 18, is said to be ‘freaked out’ that an intimate video of the pair will get into the wrong hands after it reportedly appeared on the 26-year-old rapper’s official website, Tygasworld.com, for approximately 30 minutes before being taken down. (Daily Mail)

The post Close Your Eyes Tyga, Kylie Jenner & PartyNextDoor Finally Make Out [Video] appeared first on For The Best In Hip-Hop News – SOHH.com.