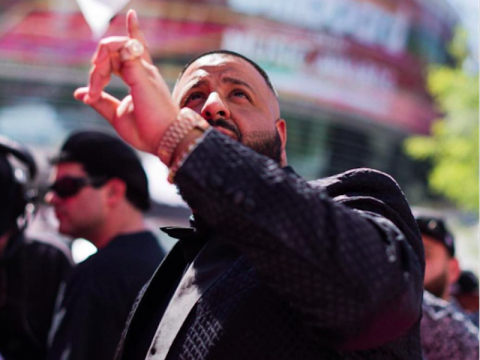 We The Best CEO DJ Khaled has unleashed his Major Key album cover art this week and made some big promises about a long-awaited “I Got The Keys” music video coming.

Khaled broke the news on Instagram Friday (June 24) and explained his project’s significance.

In early June, Khaled teamed up with Bey’s husband Jay Z and rapper Future on-set of their “I Got The Keys” music video.

Earlier in the day, buzz about a secret music video going down developed online.

DJ Khaled is so on his grind … the man can’t even slow down to change his clothes. Khaled was bolting from a music video shoot in Queens with Jay Z when he momentarily went topless … as his entourage helped him with a wardrobe change. (TMZ)

The post DJ Khaled Says Jay Z & Future’s “I Got The Keys” Coming: “You Heard Me Right, Jay Z!!!!” appeared first on For The Best In Hip-Hop News – SOHH.com.