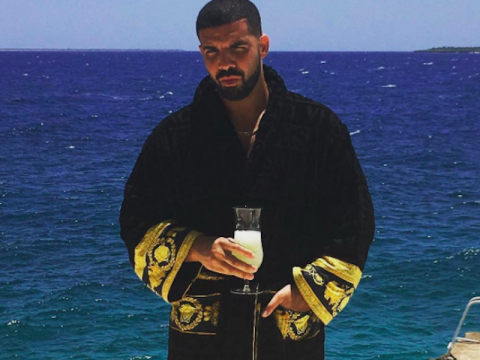 Drizzy went to Instagram last night (June 19) and shared a pic alongside Yelchin.

Various Hollywood celebrities shared their memories of Yelchin once his death went viral.

RIP Anton Yelchin. I had the pleasure of meeting this gifted young man on the set of House of D. Such a loss. Condolences to friends/family.

I loved Anton Yelchin so much. He was a true artist – curious, beautiful, courageous. He was a great pal and a great son. I'm in ruins.

Anton was a sweetheart. Absolutely a great creative partner and artist.

This is unreal. Anton Yelchin is such a talent. Such a huge loss.

The 27-year-old lost his life Sunday (June 19) after exiting his car.

“The victim was on his way to meet his friends for a rehearsal and when he didn’t show up, his friends went to his house where they found him deceased by his car,” Houser told CNN. “It appears that he momentarily left his car, leaving it in the driveway. He was behind the vehicle when it rolled backward and pinned him to the brick pillar causing the trauma that led to his death.” (CNN)