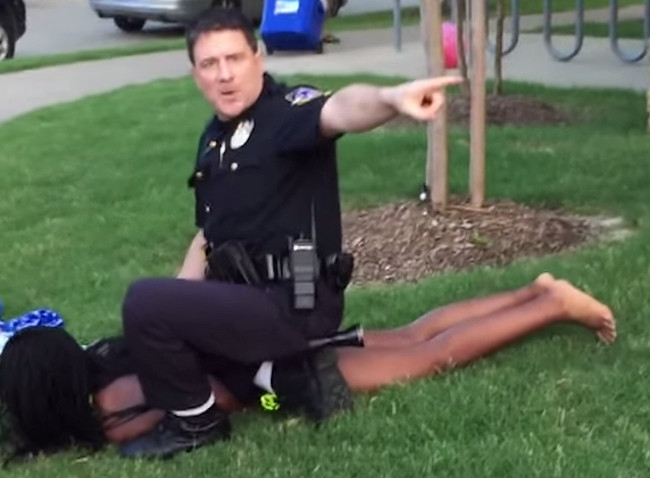 On June 8th, 2015, McKinney Patrol Supervisor Cpl. Eric Casebolt became a household name after a video of him handcuffing a black teenager went viral. Casebolt was filmed resting his bodyweight on a black, teenaged girl while she was face down on the ground. The footage also showed him pulling a gun on two other black teenagers that were protesting his treatment of the young lady. After the video became national news, Casebolt resigned from his job as many thought heÔÇÖd face charges for his actions.

Thursday, a little over a year later, the results of the investigation were publicized. The grand jury decided not to indict.

A Collin County grand jury decided not to indict former McKinney officer Eric Casebolt, who pushed the girl to the ground following a June 2015 party at a community pool that drew a crowd of predominantly black teenagers. McKinney police released a statement confirming the jury’s decision Thursday. It was not clear just what charge against Casebolt the jury was considering.

Mckinney PD was not in charge of the investigation. The Collin County district attorneyÔÇÖs office received a report from the Texas Rangers, who were tasked with examining CaseboltÔÇÖs behavior during the incident.

The case started off yet another national conversation about race as officers were said to be responding to ÔÇ£teensÔÇÖ unauthorized use of a pool.ÔÇØ During the time, there were conflicting reports as to what required the officerÔÇÖs presence. Some said it was a pool party that was publicized on social media while others said the Black teens, in the predominantly white neighborhood, were met with racial slurs for ÔÇ£acting unruly.ÔÇØ

Tom Mills, one of Eric CaseboltÔÇÖs attorneys, was pleased with the result. “We’re glad that the system worked in his favor in this case,ÔÇØ he said. Jane Bishkin, CaseboltÔÇÖs attorney at the time of the infraction, said he was dealing with job related stress prior to his behavior at the pool party.

Another lawyer for Casebolt, Jane Bishkin, said in the days after the pool party that Casebolt was not targeting minorities when he wrestled Becton to the ground. She said Casebolt at the time was fraught with emotion after responding earlier to two suicide calls.

The family responded to that assertion, saying it was ÔÇ£not an adequate defense.ÔÇØ Greg Conley, the Mckinney PD police chief, at the time of the pool incident, called CaseboltÔÇÖs actions ÔÇ£indefensible.ÔÇØ