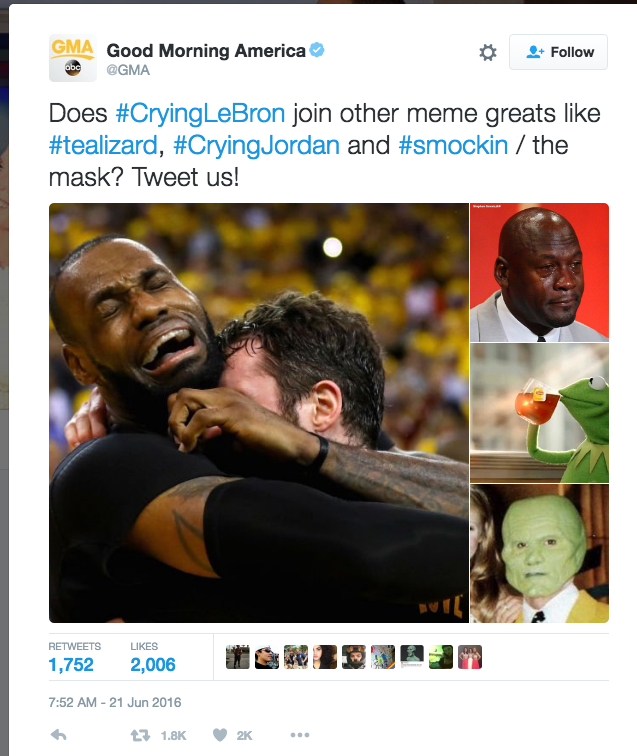 Missy Piggy owes Good Morning America the proper fade. In a tweet asking for reactions about the best memes on the Internet, GMA referred to Kermit The Frog as Tea Lizard, actually #TeaLizard.┬á

This is wildly disrespectful, and earned GMA the ridicule of the Internets. ABC did cop pleas, chalking it up to sophisticated trolling, but we’re not buying it.

Good chance whoever penned the struggle tweet has no idea about The Muppets or Sesame Street. Sucks for them, but that’s none of our business.

Yes, Black Twitter set off the OG meme, and don’t you forget it. Peep some reactions below and on the following pages.

"Y'all better put some respek on this amphibian's name"#TeaLizard pic.twitter.com/ilqpWWHVMG

When you been around for over 50 years and they bill you as #tealizard pic.twitter.com/k94X7e2PoU

When you learn that your employer really DGAF about you #TeaLizard pic.twitter.com/xQeta2AxQd