Gucci Mane Neither Confirms Nor Denies He Is A Clone 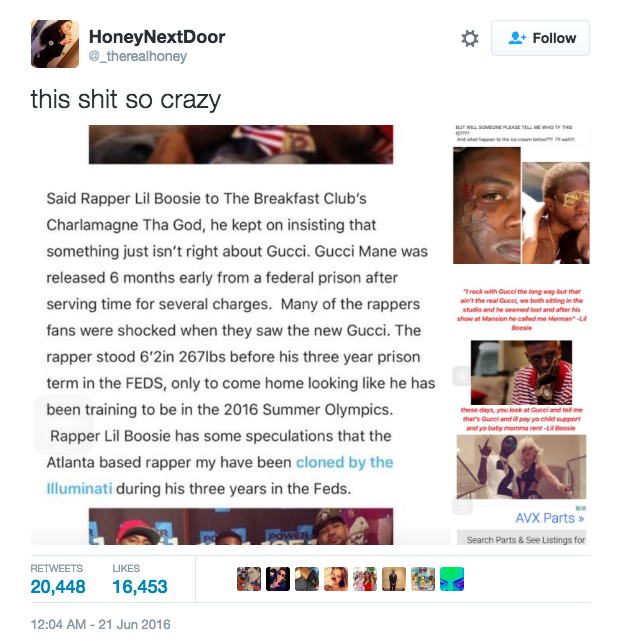 Did the feds release a clone while the real Gucci Mane is still locked up somewhere behind bars? This is the theory that was being discussed on the Internets the past couple of days.┬á

LaFlare took to SnapChat to neither confirm nor deny these allegations.

Peep the theories and reactions below and on the flip. What’s wrong with y’all?

And y'all still think this Gucci authentic huh If you think people can't be cloned you are sadly, sadly mistaken pic.twitter.com/IkULS7R09P

"We can clone anyone. Who should we clone? Einstein? Newton? Von Neumann?"

The post Gucci Mane Neither Confirms Nor Denies He Is A Clone appeared first on Hip-Hop Wired.