HereÔÇÖs A Detailed Look At The Adidas UltraBoost Uncaged 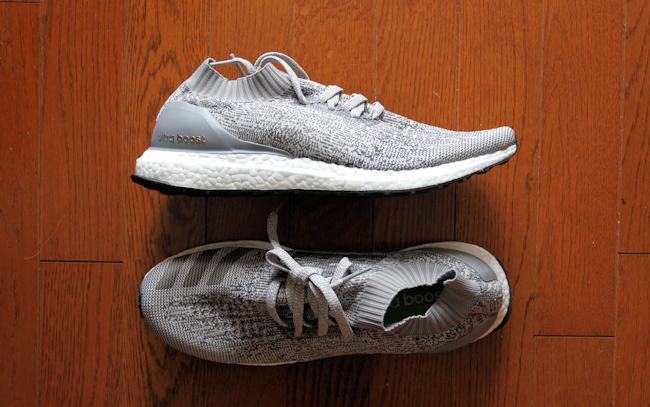 How does a sneaker company make one of their best shoes even better? By tearing away at its layers and deconstructing it by the looks of what adidas has done with the UltraBoost Uncaged. Everyone knows how marvelous the combination of Primeknit and Boost technologies are. Any nonbelievers should make their way to their local retailer to grab a pair post haste.

With the new UltraBoost Uncaged, adidas actually took a few cues from sneakerheads on social media who were already removing the cage portion to give the kicks a clean look absent of any signature logos. Designers improved on the idea by using a full Primeknit upper with a reinforced internal support system to replace the lost support the cages provided. You know, in case anyone does decide they do want to run in the kicks. For those in search of kicks, the new version’s sock-like fit will fulfill their needs and then some.

Putting it into perspective, the move by adidas is encouraging to hear for enthusiasts. What they’re saying is “we’re listening and paying attention to what customers say they want.” And, they’re reacting to those wants quickly instead of taking months and years. As they continue their strong push in both the running and lifestyle worlds, the UltraBoost Uncaged will be another W scored for adidas and sneaker fiends, too.

The UltraBoost Uncaged will launch worldwide on Wednesday, June 29 in multiple colorways. Check out more detailed pics of the kicks below. For more info, visit adidas.com/ultraboost_uncaged.