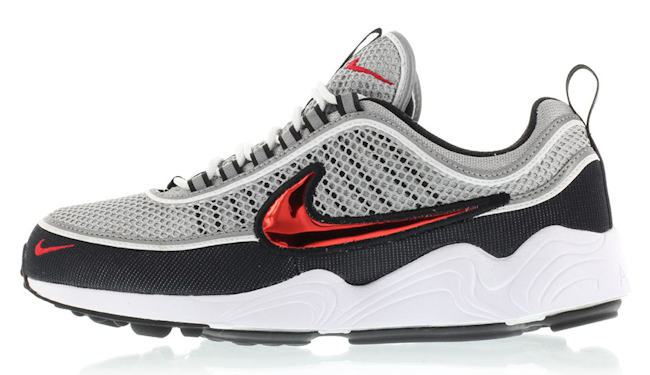 It’s been a long time coming but we’re getting closer to the return of the Nike Zoom Spiridon. First released in 1997, the Spiridons were a favorite among sneakerheads for their superior comfort and looks, thanks to the metallic swoosh and mesh upper. The model was also one of the first pairs in which Zoom Air — double stacked, in fact — was introduced to the masses, another endearing factor in their legacy. Hopefully, Nike does the right thing and reissues these without cutting corners since we all know one area where they won’t cut any slack is in pricing.

The Zoom Spiridons were retroed in the mid-2000s but flew under the radar, which wouldn’t be a bad thing if it were to happen again now if it means being able to snag multiple pairs for well under retail. The black/sport red colorway is rumored to be releasing in July and the royal blue/black OG colorway is supposed to return this year, too. Stay tuned for more concrete info.