Iggy Azalea Has Nick YoungÔÇÖs Car Towed From Her Home 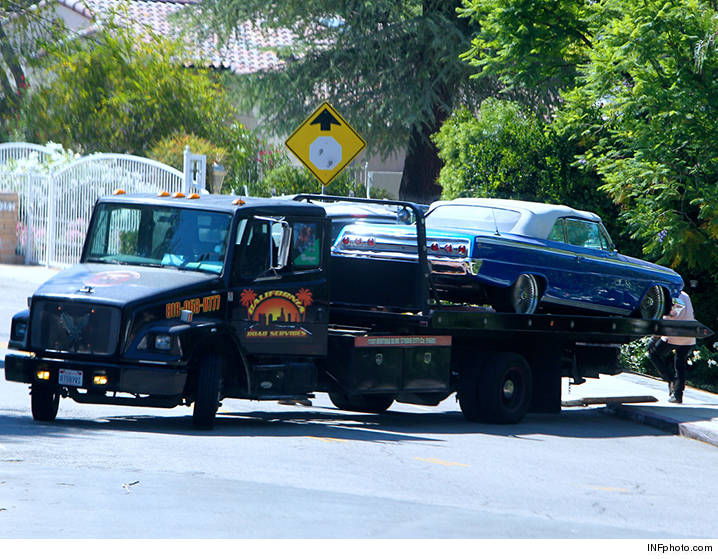 Iggy Azalea announced yesterday [Monday, June 20] that her and ex fianc├® Nick Young have decided to break off their engagement and go their separate ways. Today it seems Iggy is serious about starting over, because tow trucks hauled the NBA players car away from the artist’s home.

Iggy gifted Swaggy P with a classic 1962 Chevy Impala for Christmas during happier times and the Lakers guard took great pride in what he called “the best gift ever” and showed it off several times.

The couple made headlines back in March when Young’s teammate DeAngelo Russell secretly recorded him admitting to cheating on the female rapper and the tape was leaked to the public. When asked about the recording, Nick said during an interview: “I think itÔÇÖs best me and DÔÇÖAngelo handle our situation in a private manner. ItÔÇÖs something we need to talk about. What happened is what happened. WeÔÇÖve got to work on it.”

Russell also addressed the video, saying┬á“I am sick. I am sorry about recording the video. I can’t repeat myself enough on that: I am sorry I recorded that video. I feel horrible. I wish this never happened.” Tensions between the teammates were reportedly high immediately after.

Iggy took to Instragram to announce the split saying that she’s been unable to rebuild her trust in Young and that “it’s never easy to part ways with the person you planned you’re [sic] entire future with, but futures can be rewritten and mine starts with a blank page.” Young also took to Twitter and simply stated “Single” in reference to the split.