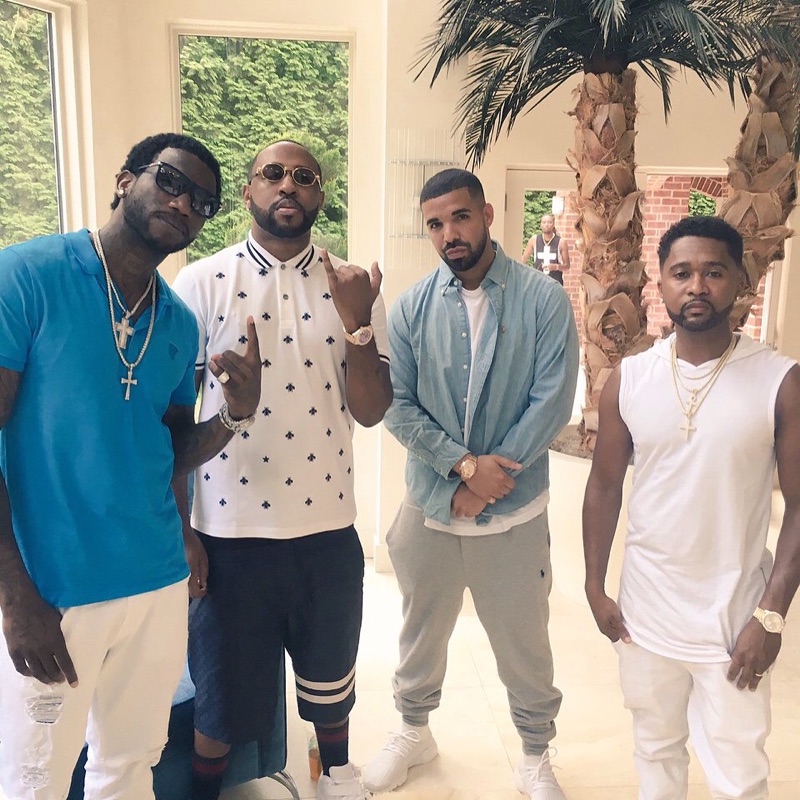 Atlanta-based producer Zaytoven has produced many hits since his rise to fame alongside acts like Gucci Mane, Migos, Usher, Future and countless artists coming up in the local scene. Of course since Guwop’s recent release from prison Zaytoven has been back at it, having already recorded a whole album┬á with the rapper and also working on several other major albums with other artists.

We caught up with Zaytoven to talk to him about his history with Gucci and the new project, along with info on the other projects he has in the works.

Obviously people are very familiar with you now after your many hits, but I don’t think people understand how difficult it can be for a producer to break the ranks, so to speak. How tough was it coming up before you got the recognition to break through and get hits?

For me it was extra hard, because I was working with┬áGucci Mane; that’s the guy I came in the game with. And a lot of people didn’t like Gucci, especially in the industry, so me being his main producer, that made it that much harder for me to get recognition. It was an uphill battle.

There was like a crazy summer, 2006 I think, where the industry wasn’t letting Gucci in and he bought every beat and you dropped like 30 mixtapes. What was that like for you, being around that?

For me it was like a confidence booster, because I was doing 90 percent of all his beats. So for me it was an exposure thing and then he saying my name on the tracks and now my music is getting out to the world. I feel like people couldn’t deny that even if you didn’t f*ck with Gucci or you didn’t like my music at the time. There was so much music coming out that it got popular. You had to accept it at the time.

Gucci, Mike Will, Drake and Zaytoven.

There’s probably a lot of people that pushed you away that wanted to have a relationship with you after you got the popularity?

I remain humble and I’m the type of person that even if you did me wrong or didn’t give me the recognition at one point, I’ll still allow you to communicate with me without me having any anger towards you or any animosity. Even if they weren’t rocking with me before, as long as you’re rocking with me now, we can build a relationship.

You’ve been loyal to Gucci, which has paid off for you. I imagine there were people in your ear telling you to “leave him” at some point. Where did that level of loyalty come from?

That’s how I was raised. That’s the type of person I am, that’s just in my characteristics. This is the guy I rock with, so if don’t nobody else like him or not, I like him. That’s who I rock with every day, so that’s why I’m sticking with it. And if we go broke and nobody f*cks with us, I’m rocking with us. So if we don’t make another dollar in the game, then that’s just how it was going to be.

What are some of the records you really enjoyed producing and creating now that you have so many hits?

Who are some of the upcoming guys you’re working with that we need to know about?

What are the requests like outside of Atlanta, as far as production needs?┬á

Right now I’m getting requests from everybody, from every artist ever which way. It done grew big for me!

How many beats are you making a week to keep up with the demand?

I’m making five, maybe 10 beats a day. You know, just constantly working. ‘Cause I know right now that’s going to keep me around and I just need to exercise daily stay sharp. And you gotta think right now I got Gucci Mane’s album, I got Beast Mode┬á16 with Future. And Future’s that kind of artist that likes to record 200 songs and pick nine of them. So we’re doing songs every day. Long as it keeps recording, I’ma keep making that many beats. [laughs]

Tell us about this new project with Gucci?

Gucci Mane isn’t a hard guy to please, especially when it comes to production with me. We’ve been working so long together. Gucci had the album ready for the most part, 90 percent when he came out. He was just ready to record. Now me and Mike Will did the whole album and half of them we did together, and the other half Will did some, I did some by myself. We was in the studio making beats before he got out because we know what kind of vibe was on already, so it didn’t take no time to do the album, maybe four days.

How did it feel when you saw him get out and and the exceptional shape he’s in?

I knew Gucci before we got big. I knew him when he wasn’t Gucci, when he was just Radric Davis and he was skinny before, he was a tall, slim guy. So he really just got back to what he looked like when I first started working with him.

What else are you currently working on?

As far as music I got a project coming out with Ty Dolla $ign, I got Shy Glizzy project, of course me and Future have Beast Mode 16. Gucci Mane’s album of course, as far as full Zaytoven projects that’s all I got working right now.

Gucci Mane’s album is currently set for a mid-July release.