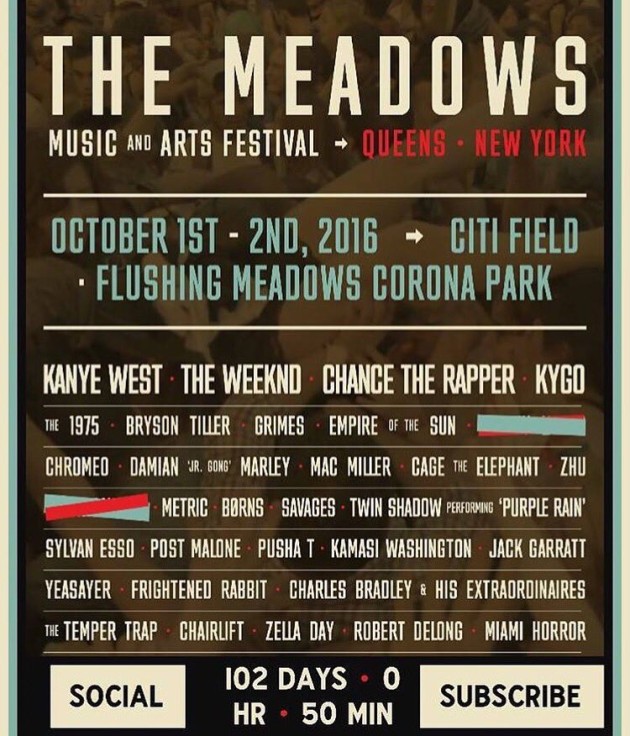 The weather wasn’t working in the favor of Governors Ball attendees on June 5 since it forced the cancellation of Kanye West’s show. Those looking to catch Yeezy at a music festival will get their chance via The Meadows Music and Arts Festival this fall.┬á

Pablo is the headliner along with Chance The Rapper and The Weeknd. It goes down in Queens, New York at Citi Field/Flushing Meadows Corona Park on┬áOctober 1 and 2.

Other notable acts on the bill, from a Hip-Hop perspective, include Mac Miller, Damian “Jr. Gong” Marley, Bryson Tiller and Pusha T.

Tickets go on sale right here on June 24 at 11 am. With the NYC version of The Roots Picnic going down┬áthe same weekend,┬áNYC Hip-Hop heads got some important decisions to make.