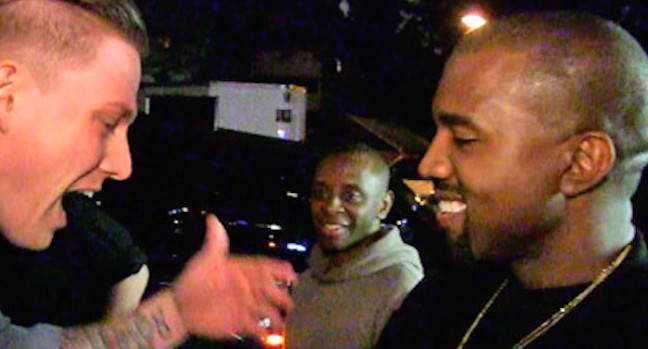 On February 8th, 2015, Kanye West was coming out of Big Sean’s House of Blues show in Los Angeles. Usually, he’s met with a lot of paparazzi and quickly dashes to his car into the night, but that night┬áwas different. West┬áwas stopped by an up and coming artist by the name of Cameron Grey who wanted the chance to spit a freestyle for him. The video went viral, but it also sparked the opportunity for Grey to record his debut album with assistance from Kanye.

TMZ reports that Kanye West actually followed up and met with Grey for a real meeting to help him finance studio sessions and hook him up with Grammy-nominated producer Anthony Kilhoffer. The result is Grey’s upcoming debut album titled Cocaine Ferrari. He also released the first single/video for “Never Bout Us,” which is billed as a virtual reality experience:

While this doesn’t guarantee Cameron Grey success by any means, people will definitely be checking for his debut album just off the strength of this and last year’s story. Kanye doesn’t attach himself to just anything, so if he was willing to help Grey make an album, he sees potential. This could lead to a G.O.O.D. Music deal, or even some other label stepping in to cash in on the hype. File this story under “dreams do come true.”