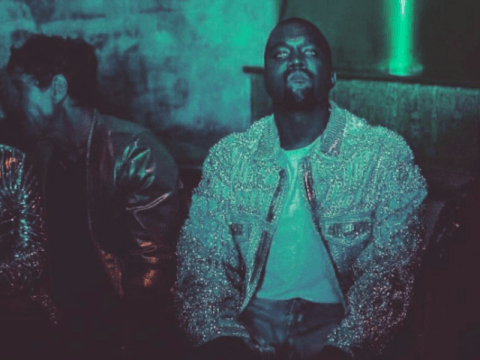 Barring any setbacks, TIDAL subscribers and non-members will be treated to Ye’s The Life Of Pablo standout’s visual Friday (June 24).

On Friday at 10 p.m. Eastern, he’s throwing another big event. This time, he’s unveiling the visuals for his single ÔÇ£Famous.ÔÇØ It happens at the Forum in Los Angeles. Like the Madison Square Garden event, it’s set to stream live on Tidal. Representatives confirm that Kanye will be there, but will not be performing. The ÔÇ£FamousÔÇØ video will be available as a Tidal exclusive for one week. Tickets for the event go on sale tomorrow. (Pitchfork)

Update: Kanye’s publicist has confirmed to Vulture that, sadly, Aziz and Eric’s spoof is not the official video. But Kanye and his team do think it’s great, so Aziz and Eric will always have that. (Vulture)

Along with the rapper’s signature pout, the two also imitate his style. The parody-turned-official music video shows the pair biking through the cobblestone streets of Rome and walking through scenic fields of flowers while sporting oversize coats and shades. The duo even make his signature hand motions to the sky. Ansari has previously worked with West. The Parks and Recreation actor, 33, was featured in the rapper’s 2011 “Otis” video with Jay Z. (Us Magazine)

Back in April, Ye performed his The Life Of Pablo album for the first time during an overseas Philippines show.

Among the songs ÔÇÿYe live-debuted off his chart-topping album was “Famous.” While performing for the crowd at Paradise Grounds, he paused for the controversial Taylor Swift lyrics, allowing the Manila crowd to recite the line in unison. (Rap-Up)