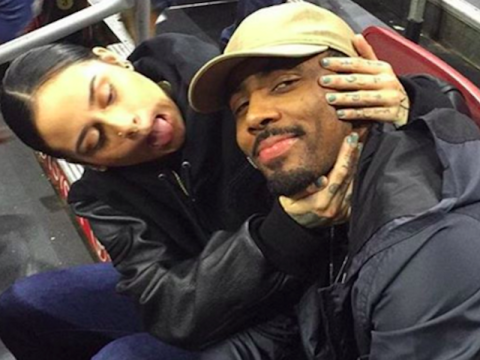 According to reports, Lani made the termination after endless fan trolling flooded her comments section.

Well Kyrie fans bombarded Kehlani in the comments section of her Instagram account, posting absurd messages like ÔÇ£LÔÇØ (code for her taking a loss with Kyrie winning the title), ÔÇ£big headÔÇØ which is another code for reaching out to oneÔÇÖs ex, and those who preferred the less subtle route and just wrote Kyrie. (Larry Brown Sports)

Back in March, Irving addressed his split from Kehlani amid the attention she received from a failed suicide attempt.

Prior to Kyrie’s comment, details emerged of Lani’s post-suicide attempt events and the medical attention she received.

R&B singer Kehlani was placed on a psychiatric hold in L.A. yesterday — after emergency responders arrived to her Hollywood home and determined she posed a threat to herself … TMZ has learned. We’ve learned … paramedics responded to a medical emergency at Kehlani’s home at 1:45 PM on Monday — and when they arrived we’re told “she wanted to harm herself.” (TMZ)