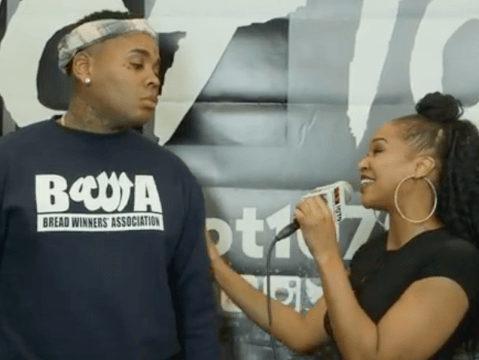 “Look, my dog asked me the other day, ‘How come when that girl touched you, you wiped your shoulders off like this?’ I say, ‘First of all, I’m married. Second of all I’m holy. Don’t put your dirty a** hands on me.’ Whatchu doing?”

Throughout the past few days Gates’ incident has gone viral.

A couple days ago Steele referenced their interview’s awkwardness.

The post Kevin Gates Defends Disrespecting Radio Host: “Don’t Put Your Dirty A** Hands On Me” [Video] appeared first on For The Best In Hip-Hop News – SOHH.com.