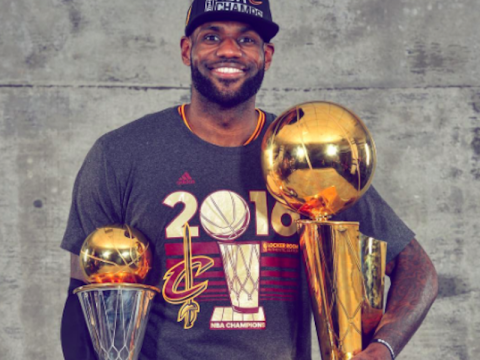 Motivational Monday. It’s all about that motivation following an epic NBA Finals Game 7 last night (June 19) SOHH let’s get things going with LeBron James finally revealing his secret motivation for fueling this championship run? Speaking of the champion Cleveland Cavaliers, how about an incredibly awesome WWE appearance during the post-game? With the NBA season officially behind us, are people going IN with their final Golden State Warriors memes? All this coming up in SOHH Whatcha Think.

To all of the diehard basketball heads out there, LeBron has been teasing fans about having some secret motivation for wanting to win a championship with the Cavaliers and it’s much deeper than doing it for Cleveland. Twitter has his explanation:

After an epic Game 7, @mcten told @MikeWiseguy about the secret motivation driving Lebron James to his 3rd ring pic.twitter.com/f41hotgzn7

Who do you think went into LeBron’s head? Anyone else think it was Pat Riley? Is this further proof you can do anything you set your mind to? #SOHHWhatchaThink?

With all of the attention Cavaliers’ Kevin Love has received during this championship run, both good and bad, nothing could be bigger for wrestling fans than him wearing an Austin 3:16 shirt after they won the championship. Vine has the clip:

Think Stone Cold Steve Austin watched? Are you convinced wrestling fans and basketball fans can get along? Is this the most random and awesome WWE moment we’ve seen in a long time? #SOHHWhatchaThink?

It was a magical year for the Golden State Warriors and they fell just short of pulling off the best NBA season, both regular and post, in history. With that being said, the Internet has shown no chill on the previous defending champs. Social media is on it:

Did you put any money on the game? Will Golden State bounce back? Will Ayesha Curry stay off social media today? #SOHHWhatchaThink?