Nick Young Gets Engagement Ring Back, Iggy Keeps The Car 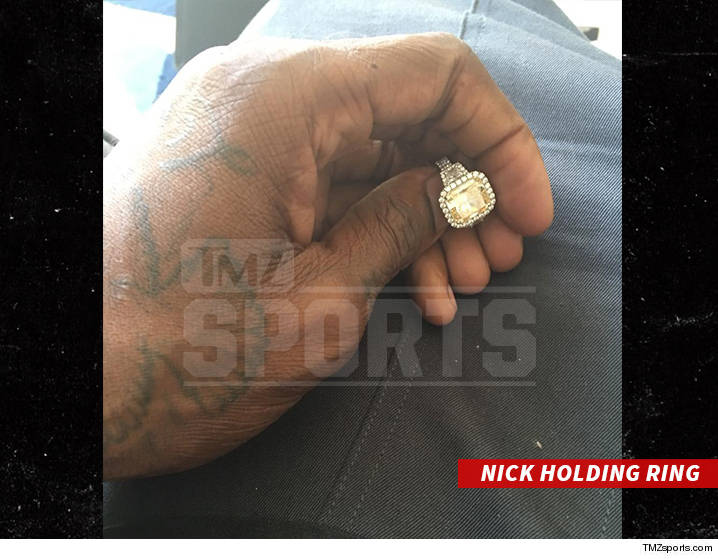 NBA player┬áNick Young‘s summer is off to a struggle-filled start. After getting dumped by Iggy Azalea via Instagram, she’s keeping the car he gifted herÔÇöbut she did return that pricey engagement ring.┬á

We’ve learned that Iggy and Nick struck a deal … he gets the engagement ring back and she gets the car she had given him for Xmas.

Here’s the breakdown … the ring is 10.43 carats, and reportedly valued at half a mil.

It sounds like Nick made off like a bandit, but here’s the twist. In California, and most states, an engagement ring is a gift in contemplation of marriage and if the nuptials never┬áhappen, the ring — by law — goes back to him.

As for the Impala, it was not tied to the marriage — it was a Christmas gift — so he did not have to give it back.

I never had anyone's car towed nor did I kick nick out of "my" house. The home belongs to nick, Iam the one moving. Thanks.