Rihanna and Coldplay Headlining 2016 Budweiser Made In America Festival 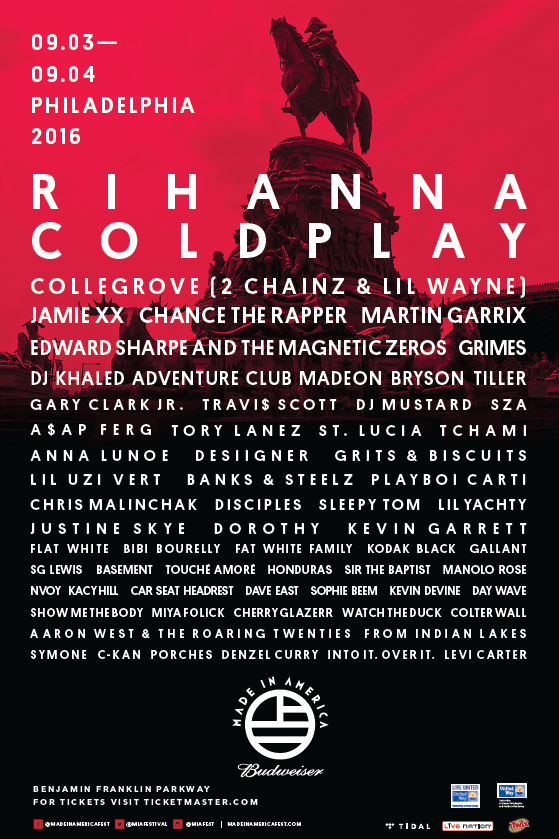 The summer is here, but your Labor Day plans may already be in order. Today (June 20), Budweiser announced that its 2016 Made In America Festival, curated by one Jay Z, will be headlined by Rihanna and Coldplay.

The fifth annual music festival will once again go down in Philadelphia,┬áSeptember 3 and 4.

Hip-Hop fans will also be checking for┬á┬áColleGrove (2 Chainz and Lil Wayne), Chance The Rapper, DJ Khaled and A$AP Ferg who are all scheduled to perform. The Rocky, Liberty and Tidal stages will all be┬álive streamed┬ávia TIDAL.

Check out the full line up below as well as who is on the TIDAL Stage, which is devoted to rising acts, on the flip. Also, listen to the TIDAL playlist below.

The post Rihanna and Coldplay Headlining 2016 Budweiser Made In America Festival appeared first on Hip-Hop Wired.