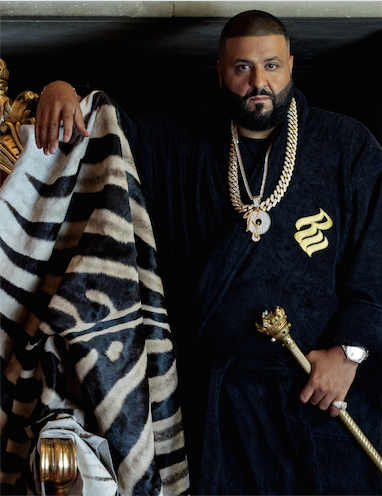 Another one. Rocawear announced today (June 23) that it has named DJ Khaled as its brand ambassador.┬á

The Snapchat sultan will be┬áfeatured in Rocawear’s forthcoming fall and holiday marketing campaigns.

“Growing up in the game, Rocawear has always been a major part of the culture and lifestyle of fashion and music, and thatÔÇÖs why this opportunity to be the face of the brand is important to me, and it feels great,” said DJ Khaled via a press statement. “When youÔÇÖre rocking Rocawear, youÔÇÖre rocking greatness. ItÔÇÖs quality, itÔÇÖs fly and itÔÇÖs part of my history that IÔÇÖm excited to bring to my fans.”

The Fall 2016 campaignÔÇöwhich is being touted as a “mix of causal items with active influences, including a focus on quality denim, knit tops, fleece and active sets and outerwear” will drop later this summer.

A pic of Khaled rocking some of his new attire, while in a regal stance, can be seen below.