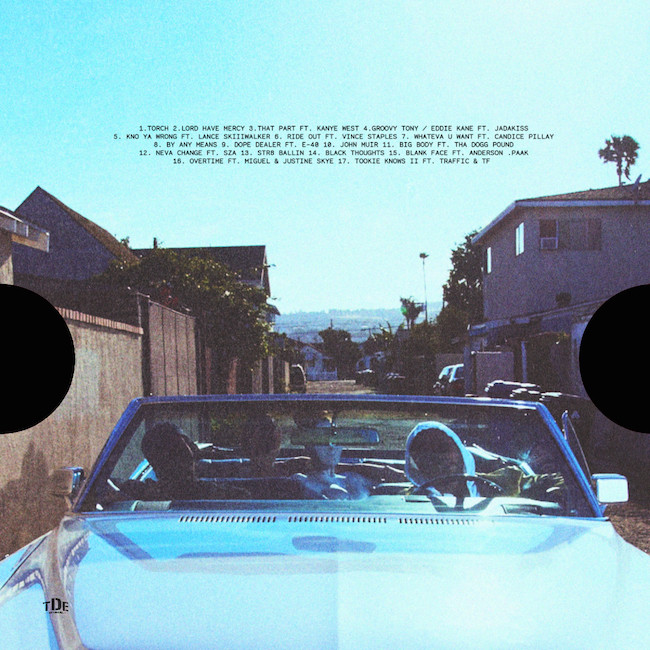 ScHoolboy Q is slowly leaking out the cheese to the mouse trap that is his fourth studio album, Blank Face LP.┬á

ScHoolboy Q‘s albums get better each time out and it looks like he’s swinging for another homerun here. He revealed the tracklist to the album and it seems as if we are all in for a treat.

We have cameos from Anderson .Paak, E-40, Jadakiss, Vince Staples, Miguel and new TDE artist Lance Skiiiwalker. We even have a Dogg Pound sighting ladies and gentlemen. Noticeably absent are his fellow Black Hippy members Kendrick Lamar, Jay Rock and Ab Soul. But, we shouldn’t read too much into that. TDE isn’t known to abuse their popularity and put artists on each others songs for no reason.

This on top of that well-produced trailer that he dropped early this week has us salivating for the full meal. Blank Face LP is set to drop on July 8 and is available for pre-order on iTunes now.