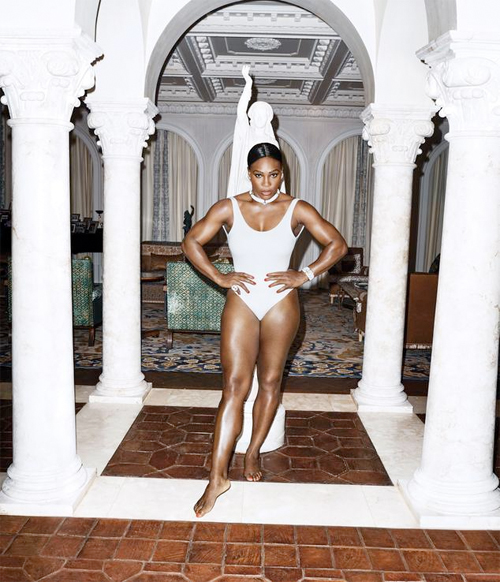 Serena Williams is suited and booted in designer brands Balmain, Versace and Onia Swimwear to grace the cover of the July/August 2016 issue of Wall Street Journal magazine.

In the cover story, Williams opens up about desiring to be regular and how she felt after her flawless twerking cameo in Beyonc├®‘s “Sorry” video.

Although it would be hard for her fans to imagine a world without her, Serena reveals what she would be doing if she wasn’t the world’s number one tennis player:

How lit was it when Serena and Beyonc├® teamed up to achieve the ultimate slay in the “Sorry” video from Queen Bey’s most recent Lemonade album? Serena reveals that twerking was quite a workout.

Williams also reveals she’s not satisfied with her career in 2016 and she wanted to go harder in 2015 also, despite her 53-3 record. ÔÇ£Not as great as I want it to be,ÔÇØ says Williams, assessing her year so far. ÔÇ£I could do better. But honestly, thatÔÇÖs how I felt about 2015.ÔÇØ

Even though she’s going full speed into her career right now, she hasn’t counted out being a mom.ÔÇ£Being a mom would be fun,” she says. She wants to have plenty of┬á kids and made this confession when asked how many kids she wants: ÔÇ£Twelve or a baker’s dozen.”