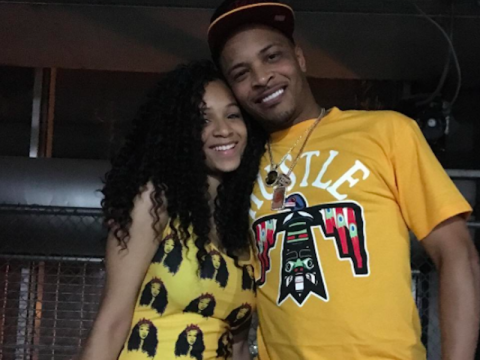 Tip reminded Instagram followers last night (June 23) about how much he hates the presidential hopeful with a heated post.

Earlier this month, G-Unit boss 50 Cent posted up a picture of Trump’s face painted onto a urinal wall.

Last month, musicians The Weeknd and Belly ditched a TV appearance due to Donald Trump’s presence.

The Weeknd and rapper Belly pulled out of a performance on the Wednesday, May 25, episode of Jimmy Kimmel Live! because Donald Trump was on the interview lineup. While neither The Weeknd, Trump nor the Jimmy Kimmel show would comment further on the controversial decision, the episode went ahead, airing from Los Angeles, complete with the presidential hopeful as a guest. (Us Weekly)

The post T.I. Says It’s “F**k Donald Trump” All Summer Sixteen: “Scum Of The Earth” appeared first on For The Best In Hip-Hop News – SOHH.com.