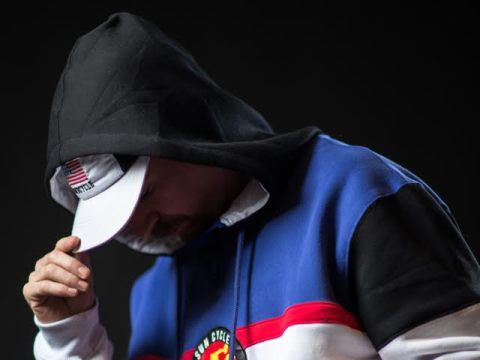 Approached by paparazzi this week, Tip said Troy just needs to keep his faith and believe things will work out.

“I don’t want to get into, I’m not going to get into too, I ain’t going to get into no discussion about any details of any criminal case for anybody. That’s what lawyers are for. Me, myself, I got a lot of love for Troy. I just think that he has enormous attention and he has his own relationship with God and all he has to do is keep God first and he can pull through it. Sometimes there’s things that involve situations that go beyond what the eyes could see. So for things like that, you got to step out on faith and for him being able to do that, it’ll make the difference.” (TMZ)

This week reports revealed Troy did not have to worry about facing one initial murder charge.

Although careful with his words, rapper YG recently said he understood the decisions Troy made in the now-infamous New York concert shooting.

“It’s sad homie,” YG said about the recent New York shooting. “Troy, that’s my dude, you feel me? One time for Troy. That’s sad ’cause, I don’t even want to say what I want to say on mic, on air, but it’s the same thing. I don’t know bro because I feel like this – if I got popped, I would have done the same thing. I would have made my way out that joint. Period. And that just goes for anybody. Reaction. Protocol. I don’t know, man, it’s sad, I mean, it was backstage at a concert so the first shot shouldn’t have went off like right there.” (WSHH)

Rapper Troy Ave was indicted on charges related to the fatal shooting of his pal and bodyguard at a T.I. concert near Union Square last month, prosecutors announced Thursday in Manhattan court. Collins is due back in court June 22. He is being held without bail. (New York Post)

The post T.I. Says Troy Ave Needs Jesus Right Now: “He Can Pull Through It” [Video] appeared first on For The Best In Hip-Hop News – SOHH.com.