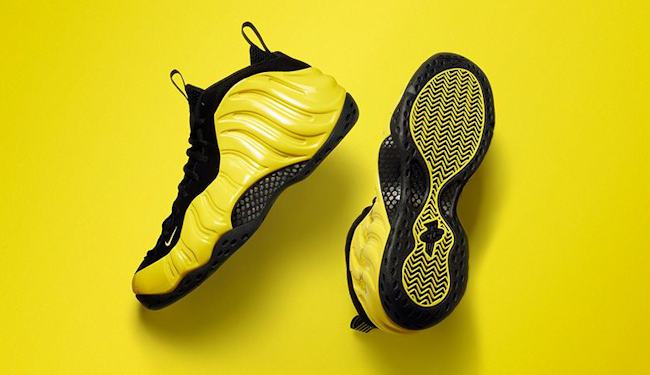 Let’s just get that out of the way since that’s the first thing that comes to mind on first sight with the Nike Air Foamposite One ‘Optic Yellow.’ Couple the look with the fact that it’s #WuWednesday and the instant connotation with the rap crew can’t be ignored. Maybe Nike didn’t intentionally make their latest version of the enduring model with the Killa Bees in mind but that won’t stop fans of footwear and music slap the ‘Wu-Tang Foams’ nickname on these with the quickness. Who could blame them when the color-blocking of the eye-popping shade of yellow mixed with black brings thoughts of the slums of Shaolin to mind? The only thing they’re missing is the logo like the Dunks had and ‘Optic Yellow’ Foams would look like something directly from the mind of “Power.”

Watch for the ‘Optic Yellow’ Foam Ones to release at Nike retailers this Friday, June 24.