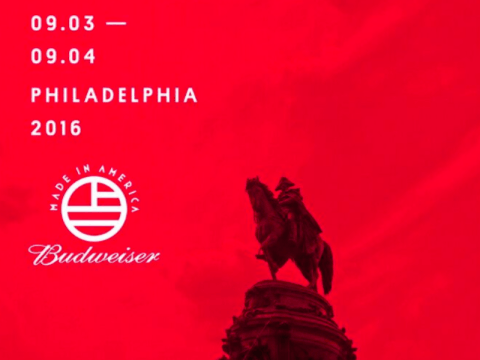 This week, TIDAL is providing select members a chance to buy one ticket and get another free during its pre-sale rollout.

Following MondayÔÇÖs Budweiser Made In America lineup announcement, TIDAL is offering a special limited time presale where members are eligible to buy one ticket and get one free beginning today (June 22). For those who canÔÇÖt attend, the festivalÔÇÖs Rocky, Liberty and TIDAL Stages will be live streamed in their entirety on TIDAL for members and non-members alike across 52 countries.

This week, Roc Nation’s Rihanna confirmed her headlining spot at the multi-day festival.

Outside of Rihanna, attendees can look forward to hip-hop stars 2 Chainz, DJ Khaled and Lil Wayne coming through.

TIDAL will have its own space and showcase select newcomers hitting the stage.

The TIDAL Stage will be returning with eighteen TIDAL Rising artists spanning a variety of genres, including Desiigner, Bibi Bourelly, Car Seat Headrest and Sophie Beem. Beginning Wednesday, June 22nd at 10AM (EDT), TIDAL subscribers will have access to an exclusive presale. Tickets for the general public can be purchased on Monday, June 27th at 10AM (EDT).

The post TIDAL’s Blessing Subscribers W/ Ultimate Made In America Festival Hookup appeared first on For The Best In Hip-Hop News – SOHH.com.