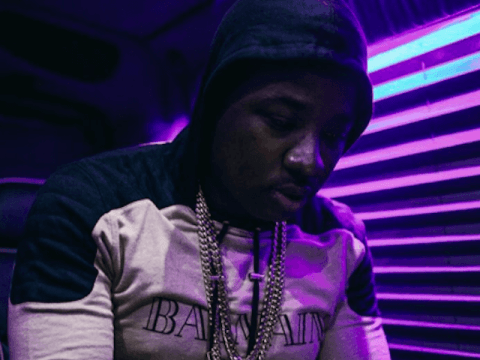 According to reports, Troy still has serious legal woes on his head but one of them no longer includes a murder charge.

Although careful with his words, rapper YG recently said he understood the decisions Troy made in the now-infamous New York concert shooting.

“It’s sad homie,” YG said about the recent New York shooting. “Troy, that’s my dude, you feel me? One time for Troy. That’s sad ’cause, I don’t even want to say what I want to say on mic, on air, but it’s the same thing. I don’t know bro because I feel like this – if I got popped, I would have done the same thing. I would have made my way out that joint. Period. And that just goes for anybody. Reaction. Protocol. I don’t know, man, it’s sad, I mean, it was backstage at a concert so the first shot shouldn’t have went off like right there.” (WSHH)

Rapper Troy Ave was indicted on charges related to the fatal shooting of his pal and bodyguard at a T.I. concert near Union Square last month, prosecutors announced Thursday in Manhattan court. Collins is due back in court June 22. He is being held without bail. (New York Post)

Earlier this month, Troy proclaimed his innocence and intent to receive bail from jail.

“I lost my best friend and the worst part about it is I didn’t realize he was my best friend until I lost him. And that sh*t hurts worse than these bullets from when I got shot. It’s out of the elements, out of my control, can’t do nothing but pour salt into the wound. … I got no choice but to adapt – Shout-out to everyone that’s been supporting me. It’s Free Troy Ave. As soon as I get a bail I’m up out of here and then the world will know the truth. They’ll know I’m innocent.” (DatPiff)