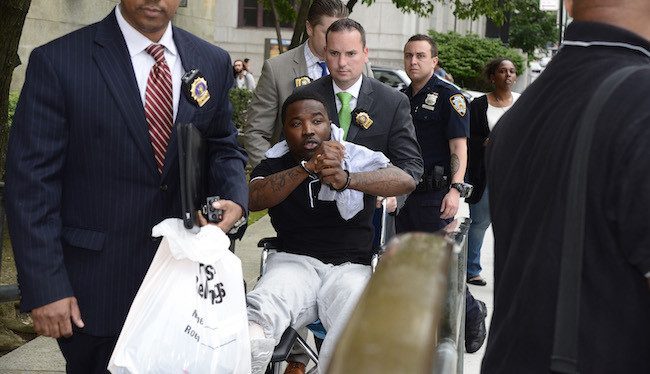 Troy Ave will not be charged with the murder of his friend and bodyguard Ronald “Banga” McPhatter, who was killed during the now infamous May 25 shooting at Irving Plaza. However, a grand jury did indict Ave on five other serious charges, including one count of second-degree attempted murder and four counts of criminal possession of a weapon, per a new report by TMZ.

The Brooklyn rapper was arrested and charged with attempted murder after the New York Police Department released a short video clip that appeared to show him exiting the Manhattan music venue’s green room and firing a pistol toward a crowd of people. Ave’s attorney Scott Leemon told Billboard in an email, ÔÇ£Nothing in this indictment is a surprise or new.”

He went on to blame the NYPD for intimating that Ave was ever involved with McPhatter’s murder, stating, “[i]tÔÇÖs the same wrong story that NYPD has been trying to portray. The video does not show everything nor explain what happened in the VIP room before Troy came running out, as a victim, after he was shot.ÔÇØ

Troy Ave and his attorneys have maintained his innocence since the shooting made headlines last month. In addition, the Brooklyn rapper gave an unofficial account of that night’s events on a freestyle recorded over the phone while in jail for his new mixtape Free Troy Ave.

“Locked in the jail but IÔÇÖm gonÔÇÖ get free/ I wear icy gold chains, canÔÇÖt no brass break me/ P*ssy n**** tried to assassinate me/ I took the gun from him and turned the tables ’round like a G.”

Leemon also stated that he plans to ask that his client be released on bail this week. His next hearing is scheduled for Wednesday, June 22.