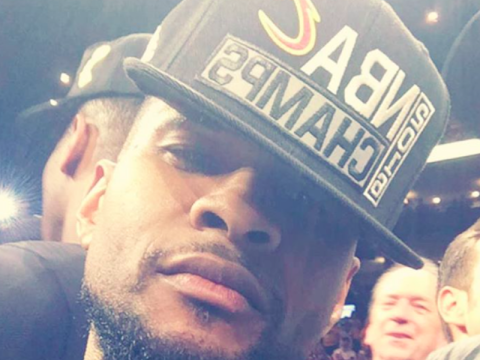 R&B singer Usher has come forward to speak out on his Cleveland Cavaliers shocking the world by winning its first franchise NBA championship this month.

ÔÇ£IÔÇÖm still sobering up. This is a win for us, man! LeBron did it, you know, but you gotta 100 percent give it up to LeBron and all the Cavaliers and the entire administration. They really worked their asses off the entire year. If you believe in something, this is an American story. When you look at this man, he had humble beginnings, came to Cleveland, left, went to Miami, but he came back and he delivered on his promise.ÔÇØ (Billboard)

Yesterday (June 22) reports claimed King James would remain with his franchise heading into the 2016-2017 season.

When asked by @USATODAYsports if he was returning to Cavs next season, LeBron James smiled, nodded yes.

Also, when asked he planned to play for U.S. at Rio Olympics, LeBron James said, "I don't think so."

"I love it here in Cleveland. I have no intentions of leaving." -LeBron James during parade https://t.co/gpbWPvnwtp

Some reports claimed James could make up to $30 million with a new Cavs contract.

James, 31, is expected to opt out of his current two-year deal, which wouldÔÇÖve paid him $24 million next season. He can make around $30 million next season with the influx of TV money and the league’s rising salary cap. (USA Today)

The post Usher On Cleveland Cavaliers’ Historic Season: “You Gotta 100 Percent Give It Up To LeBron” appeared first on For The Best In Hip-Hop News – SOHH.com.