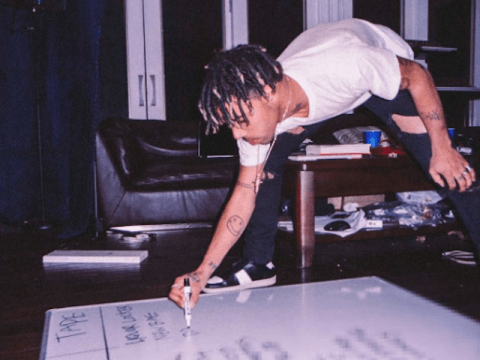 According to reports, Mensa and Ush are now down with pop star Justin Bieber‘s manager.

Sources close to Braun tell TMZ … Scooter and Yeezy have been friends and confidants for a long time, but will now consult together on Kanye’s brand. We’re told his main task will be organizing the staff of ‘Ye’s ever-expanding businesses. Previous reports said Braun had signed on to manage Kanye, but we’re told that just ain’t true. No formal management agreement has been laid out. (TMZ)

Recently, Bieber went into a Yeezy-esque rant during a concert.

“I’m not gonna give a 30-minute speech. I’m not Kanye West. I love Kanye, I only got a little bit to give though. All I’m going to say is let’s have a good night, let’s enjoy ourselves, let’s be ourselves. I think the thing the world struggles with most is just being ourselves. I think people hate on people that just are themselves. Maybe I’m drunk. Maybe I’m just speaking real sh*t. But I feel like a lot of the reason why so many people hate on me is cause I’m just myself. You can hate on me for being myself, too, but I feel like if you just are yourself and are OK with being just yourself and making spontaneous decisions of just wearing whatever you wanna wear and doing whatever you wanna do.” (E! Online)