With Roc Nation Mess Behind Her, Rita Ora Finds A New Home 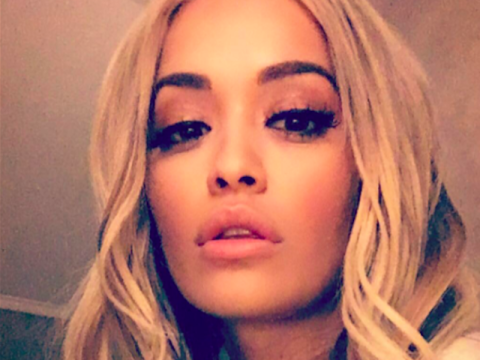 I'm so thankful to my new Atlantic Records family for all their support & encouragement!… https://t.co/QfNArd3qKe pic.twitter.com/7XzM98srpG

Rita Ora and Jay Z’s Roc Nation have officially parted ways, following a lawsuit filed last year describing an “orphaned relationship” between the British singer and the label, which issued a counterclaim a month later. A source confirms to Billboard that Ora has signed with Warner Music, though specifics of the deal have not been disclosed. Requests to Roc Nation for confirmation of a settlement between Ora and the company were not returned. (Billboard)

Rita has come to an agreement after the company sued Rita for $2.4 million for breaching the terms of her contract and not providing the required number of albums throughout the years she’s been with them. A document filed to the New York Supreme Court this week shows the pair have now settled things out of court and Rita is free to choose a new label and release new music. (Daily Mail)

Earlier this year, reports claimed Rita’s record company had sued her for millions.

In the new suit, Roc Nation counters that itÔÇÖs spent over $2 million developing and marketing the British pop singerÔÇÖs still-unreleased second album. The label says the ÔÇïBritish ÔÇïÔÇï”ÔÇïX FactorÔÇï”ÔÇï judge was supposed to deliver a total of five albums when she signed with Roc Nation in 2008, but has only put out one. (Page Six)

The post With Roc Nation Mess Behind Her, Rita Ora Finds A New Home appeared first on For The Best In Hip-Hop News – SOHH.com.