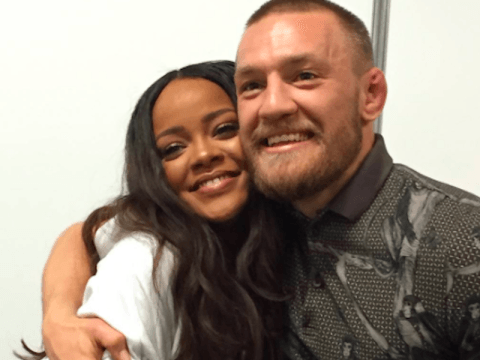 Roc Nation’s Rihanna has shown some love for mixed martial arts by hooking up with UFC superstar Conor McGregor this week.

Both RiRi and McGregor went to their social media pages Tuesday (June 21) to show off pics of them hanging out together.

In late May, retired boxing champion Floyd Mayweather, Jr. teased fans with a promotional advertisement featuring himself and McGregor.

“Floyd and I are really good friends, but we argue like regular people argue. The difference is when we have disputes, it winds up on CNN or Instagram. I can cuss him out, call him names, say whatever I want to him, but heÔÇÖs my little brother. Every fighter says heÔÇÖs going to retireÔÇöwhatÔÇÖs left when you fight the biggest, most highly anticipated fight? But I do think heÔÇÖll fight again.” (Vanity Fair)

Last month, Floyd discussed the possibility of lacing up again to fight McGregor.