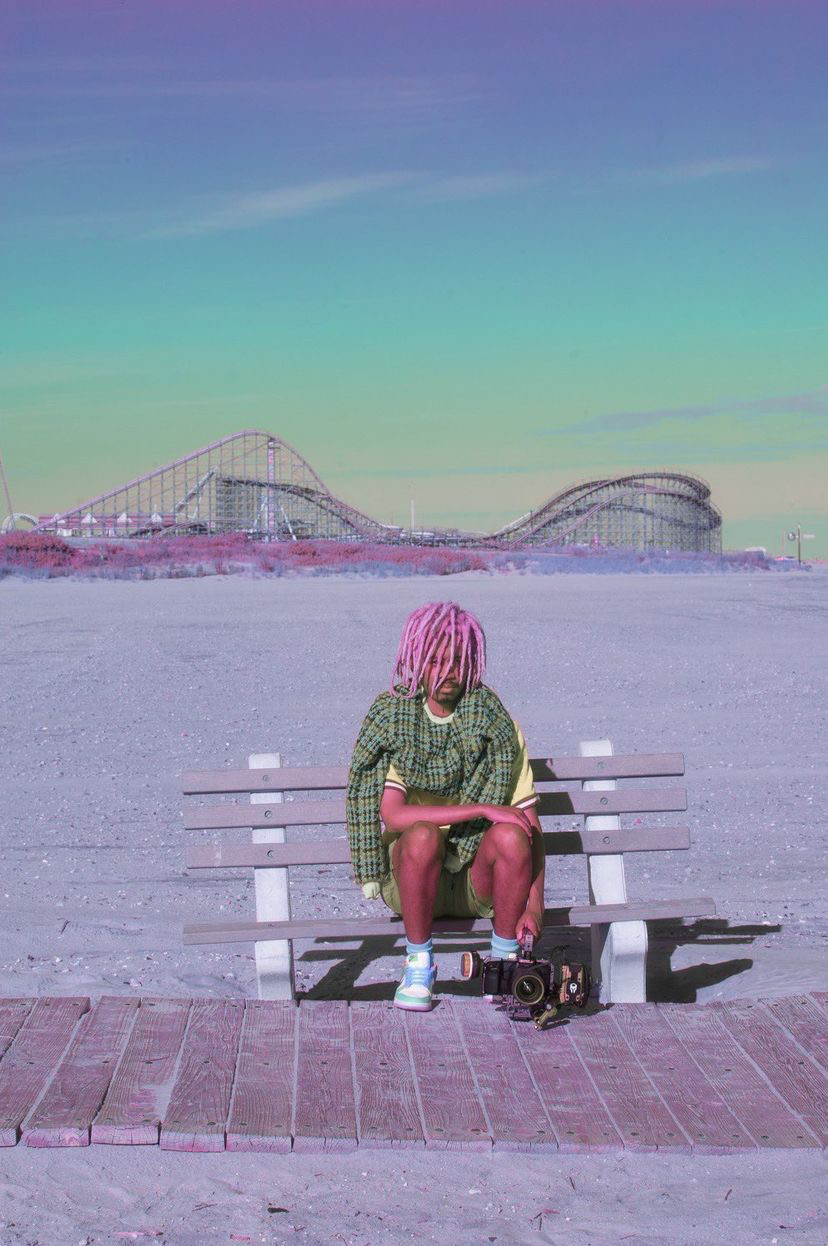 With this vision to connect up-and-coming talent with their communities, we will highlight a stacked lineup of opening acts in Harrisburg, who will bless the mic prior to Kota taking the stage at H*MAC on Friday, November 12th.   One of those artists will be eccentric, experimental, and imaginative TENDAYS.

With South Florida roots (born in Miami Dade County and spending his formative years in Broward) it took a music-based game of chance to bring TENDAYS to Philadelphia, PA where he currently resides. “At 21 I decided to take the biggest leap of faith of my career by moving to Philadelphia to live with my producer who I met through the internet.”  That risk most certainly paid off as the melodious, electronic beats that producer SCOT fashions for TENDAYS are foundational to his unique, genre-bending artistic identity.

TENDAYS is the type of artist who you try to find a comparison to and come up shaking your head.  Sure, it is possible to find elements of his musical influences within his sound (Kid Cudi, Tyler, The Creator, Earl Sweatshirt, Kevin Abstract to name a few), but these inspirations just ever-so-slightly sculpt his profile of genuine veritableness. In that way, TENDAYS reminds me of Dominic Fike; not so much in sound, but in my inability to categorize his sound.  Listening to each track, it becomes increasingly harder to determine what TENDAYS is, and increasingly easier to appreciate who he is.

Through a backbone of airy and enigmatic instrumentation come TENDAY’S distinctive vocals, which dance around the production with precision and abstraction.  Tone, delivery, and cadence are always a perfect match for the beat.  The close-knit relationship of producer and vocalist are very apparent, and the two mesh effortlessly across a variety of backdrops.

Take, for example, the muted and smooth rhythmic delivery of Lochness Monster, where TENDAYS’ vocals function more as the rhythm instrument, and SCOT’s instrumental variation later in the track almost creeps into the forefront.  Compare such a track to Limoncello, and you will recognize how unique and central the vocal performance is.  TENDAYS himself gave insight into this particular record; “I feel as though I put myself in a different vocal space compared to the normal tone I record in.  It was such a great recording session; it’s almost as if I shed my skin.  I don’t know how to describe how energetic that song makes me feel as I perform it.” The Flight Night Audience should have much to look forward to, should the opening guitar riffs of Limoncello materialize during Friday’s festival. Get Flight Night Tix

The inimitability of TENDAY’S sound is so pervasive that it would be easy to ignore his writing, but that would be a huge mistake.  With lyrics that rapidly shift from playful, to subconscious, from serious, to seriously funny, TENDAYS innately matches his lyrics to the mood he creates, but also often plays the two against each other. His most popular track on Spotify, Fishtown, features this technique: driven by a steady, and upbeat melody, Fishtown’s chorus juxtaposes its mood. (“You paved, the paved the, road for me,/to live in, live in misery/…I need it, need it.”)

TENDAYS is certainly not taking Flight Night for granted and could not hide his excitement to share a stage with Kota the Friend: “I can’t even explain to you how much he means to me, especially being an independent artist.  He gives me so much motivation to focus on my team and not give a damn about suits strictly focused on sales.  His visuals are so clean and eye appealing.  The whole artistry behind him is what I strive to be.  Talented, fearless, and innovative, all while having no compromise.  The 12th is going to be one heck of a day, I can’t explain how excited I am.”

You can find TENDAYS on Instagram and on Spotify. Stay tuned as each week we will be highlighting all local acts for Harrisburg, PA’s Flight Night.