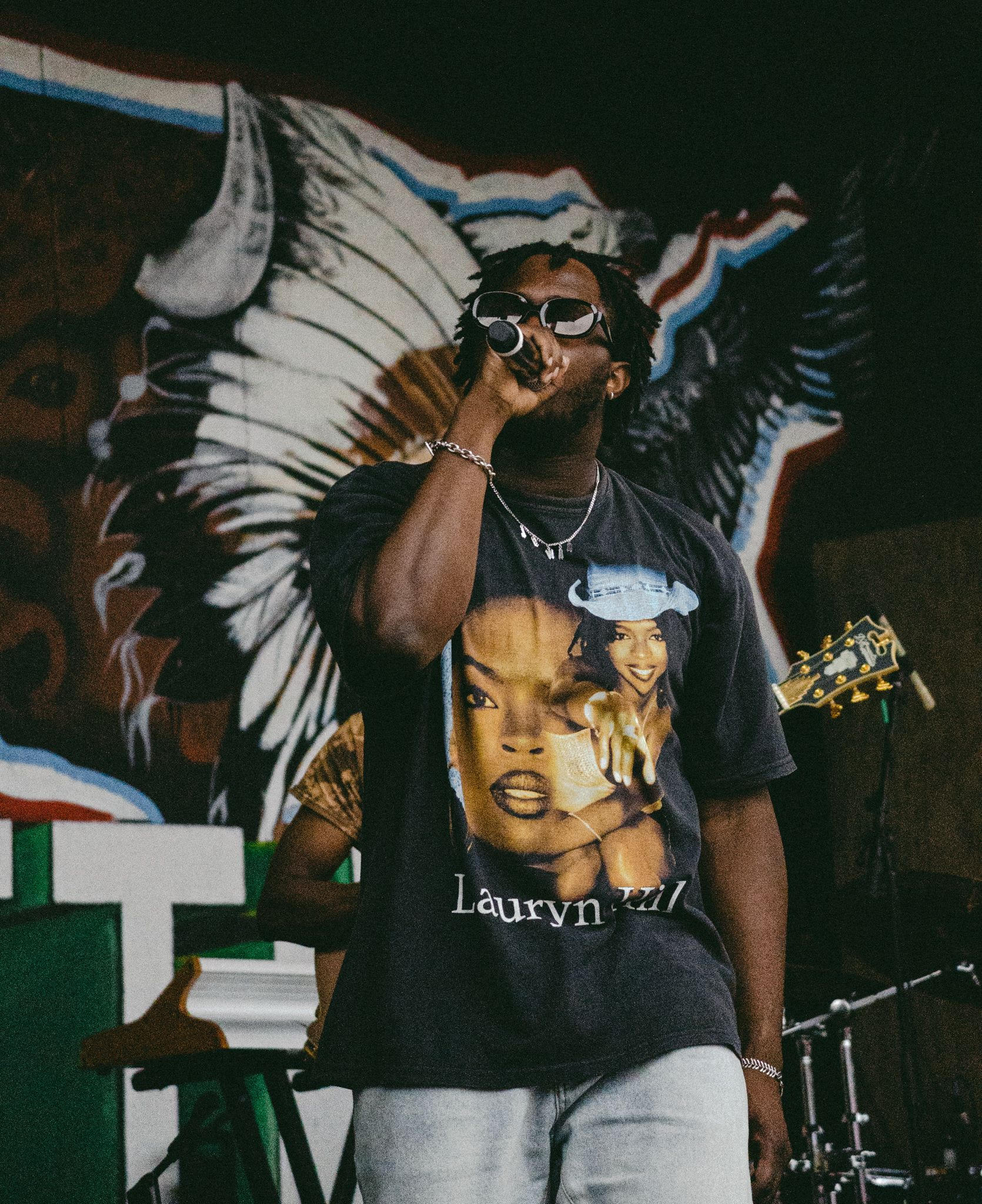 With the vision to connect up-and-coming talent with their communities, we will highlight a stacked lineup of opening acts in Harrisburg, who will bless the mic prior to Kota taking the stage at H*MAC on Friday, November 12th.   One of those performers will be the versatile and soulful Derrick Ju’Wan.

Philadelphia born, Ju’Wan’s sound is rich with traditional elements of soul, R&B and pop, but presented over a wide-ranging canvas of instrumentation, with a contemporary touch. His music consistently pushes the envelope, merging delicate melody with intricate lyrical content.  With vocals that are simultaneously airy, yet carry great strength, Ju’Wan’s greatest strength might be his ability to create songs that brink on entirely divergent genres: some sound like pop, some more traditional soul, while others toe the line of hip-hop.  Rather than fall into the mold of the artist who has a sound, and sticks with it, Derrick Ju’Wan is constantly pushing the envelope, experimenting with new sounds, and avoiding a discography that could, in any way, be called redundant.  Looking at his three latest singles in a microcosm perfectly defines Derrick; Rose is an upbeat, head nodding summer type vibe, Crush feels like a more traditional early 2000s R&B joint, and Slide borders on a trap style track.  The common denominators are superb vocal performances, and a unique, almost narrative form of writing.

Ju’Wan was born and raised and Philly, and the attitude and confidence of his city seeps into his music and general persona.  As an independent artist, the Philadelphia mindset has hardened his drive, preparing him for the inconsistency and grind it takes to make a real splash in the music industry.  On top of his internal motivation, Ju’Wan credits his team for his soaring success: “Shoutout to the folks behind the scenes that help make this independent train keep moving. #We$tEye.”  With a great team behind him, and the work ethic, it was only a matter of time before an occasion like Flight Night was presented to him.

Derrick Ju’Wan views Flight Night as the ideal launching point to further his career as an independent artist, and does not take the opportunity for granted, “This means the world to me. I remember in 2019 when I was just getting into music. I dreamed of the time when I’d be able to travel and perform in front of crowds. I promised myself I would see it through. So, to be here now- performing with Kota seems surreal. And trust, this is just the beginning.”  Expect a dope performance from Ju’Wan on November 12th. Get Flight Night Tix

You can find Derrick Ju’Wan @derrickjuwan on Instagram and on Spotify. Stay tuned as each week we will continue highlighting the local acts for Harrisburg, PA’s Flight Night.