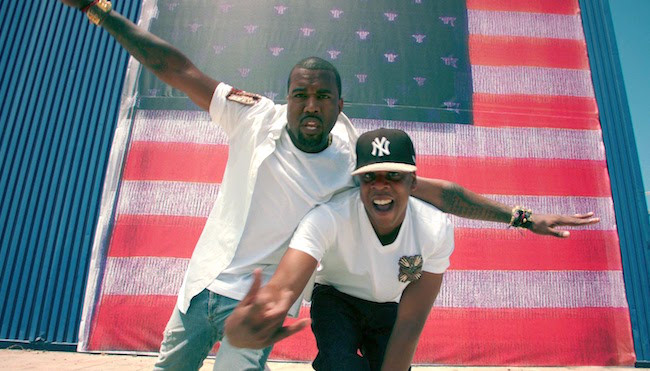 There are certain joints that when they come on, you remember exactly where you were and what you were doing. They’re more than music and become a part of your internal fabric. “Otis” is one of those songs. The Jay-Z and Kanye West cut that kinda sorta officially launched their album is just as infectious now as it was in 2011.

It was five years ago today that they unleashed the track on the public and now we’ve got a bit of insight as to how the beat came together thanks to Roc Nation’s Lenny S.

As the story goes, it was the end of an all day session and Kanye was running late for a flight. Rather than rush out of the hotel to get to the airport, he had one more sample he just had to play with. He plays everyone the sample even though they’re rushing him out the door, and time stops.

“As he was being reminded that he had to leave to catch his flight, he sort of brushed that off and was like, f*ck it, let me just play y’all a piece of the song so you could see how dope it is,” Lenny revealed on Instagram. “Everyone in the room does the ugly face like when you hear some dope sh*t or see the sickest slam dunk at a contest.”

When the room heard “Try A Little Tenderness,” they understood why Kanye risked missing his flight. He starts chopping the sample, makes the beat right there on the spot, and the rest is hip hop.

“Otis” will always have a special place in my heart based on where I was in my life at that time and the song, along with the album, helped me during a rough patch. For that, I’ll always be grateful. Divorcing my personal feelings from it, these type of stories should be shared a lot more often. This is a genre where cats are creating history everyday and it needs to be archived. The more of this type of stuff we get, the better.

As ÔÇÿOtisÔÇÖ Turns Five HereÔÇÖs The Story Of How Kanye West Produced A Classic : UPROXX