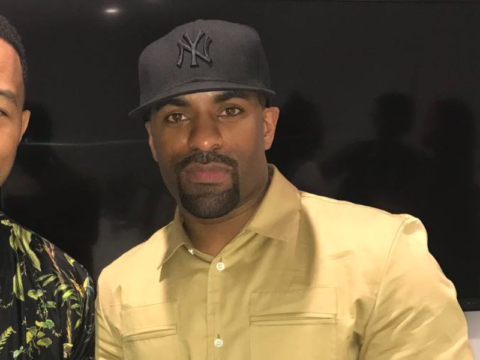 New York producer DJ Clue has reacted to the shocking news about reality TV star Kim Kardashian getting robbed for millions this past weekend in France.

Clue went to Instagram Monday (October 3) and sent prayers to Kardashian and her husband Kanye West.

According to reports, robbers took millions in jewelry from her overseas in France.

Reports claim the criminals took her wedding ring amongst other items.

A second source with knowledge of security at the private mansion where the reality TV star was staying told NBC News that she was tied up during the incident and that a wedding ring was among the valuables taken. The culprits escaped with a ring worth about $4.5 million and a jewelry box containing other items worth $5.6 million, the judicial source said. The Associated Press also cited a Paris police official as confirming that account. (NBC News)

Also on Sunday, Kanye West cut short his set at a New York City music festival due to what he described as “a family emergency.” According to Billboard, West ended his set at the Meadows Festival in Queens 20 minutes early, at 9:40 p.m., during a performance of his song “Heartless,” and announced to the crowd that he had a family emergency. (ABC News)