Drake Officially Joins The Billionaire Boys Club: “Thank You To Everyone” 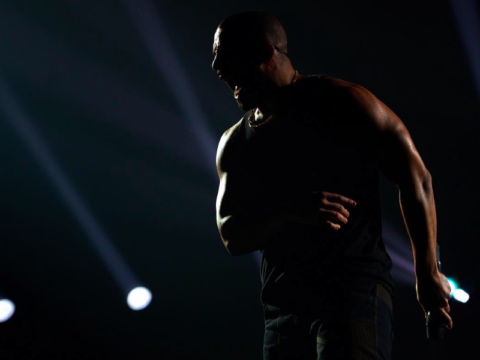 OVO Sound‘s Drake knows his greatness. The hitmaker has publicly thanked fans for helping his Views album reach over a billion streams on Apple Music.

Early Monday (September 26) morning, Drizzy jumped on Instagram to shout out his supporters and show off his accomplishment.

To no one’s surprise, Drake’s latest project, VIEWS is now certified triple-platinum. After reaching double-platinum about two months ago, Drizzy’s 2013 Nothing Was The Same album has also reached triple-platinum status this past March. Drake is currently on a positive wave with apparent projects alongside Gucci Mane and Kanye West in the works, respectively. (HYPEBEAST)

Just when you thought Drake was out of Apple exclusives, he’s gone and delivered another one. Overnight, the Canadian rap superstar dropped his latest project, a short film entitled Please Forgive Me in which he plays the starring role. Exclusively streaming via Apple Music, there’s no word as to whether or not it will migrate to iTunes or to streaming services that incorporate video content like like Tidal. (Forbes)

The rap star has promoted his new film on social media.

#PleaseForgiveMe — A Film Inspired by The Album Views. Available now only on @AppleMusic. https://t.co/dkMNmzF2T2 pic.twitter.com/UPMxZ10IM3

The post Drake Officially Joins The Billionaire Boys Club: “Thank You To Everyone” appeared first on SOHH.com.

Drake Officially Joins The Billionaire Boys Club: “Thank You To Everyone” : SOHH