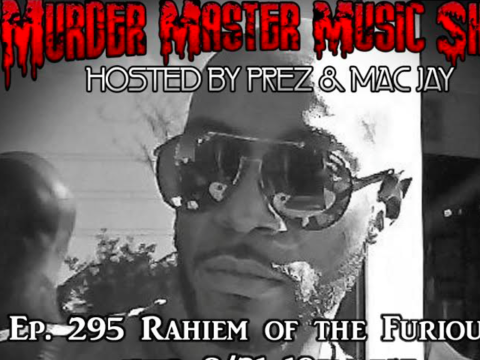 [Rahiem of Grandmaster Flash & The Furious 5 is one of hip-hop’s pioneering emcees and recently he chopped it up with Prez and Mac Jay about the genre’s decline as well as its history in this legendary interview. Not to mention he put Gene Simmons in his place for not wanting to have hip-hop in the Rock and Roll Hall of Fame.]

Rahiem On Kiss – Who Gave A Sh*t About A Group Full Of Singing Vampires? They Were A Novelty Act

With regards as far as Kiss being promoted at the end of the day that was the machine’s doing. Whoever the machine deems should be a star will be a star. Without the machine it’s not as though Kiss made great music. Who gave a shit about a group full of singing vampires? They were a gimmick, they were a novelty. They were the first of their type, they were a novelty act and the machine created a lane for them. Their success was guaranteed because they had a machine backing. We created what we did from nothing! There was no MTV, no BET it was word of mouth. The group Kiss are the beneficiaries of the people that put in work long before them. What we did we didn’t create it from scratch because there were other legendary artists that planted the seeds before us.

The Current State of Hip-Hop

It is by design what Hiphop has become today. I think that realistically we live in a world filled with diverse characteristics of all different kinds of people. There are good and bad people in all walks of life. If you don’t believe someone can do something underhanded it’s easier for them to make you believe it.

Since 1990 and my legendary brother Ready Red can attest to this, since 1990 there has been a conscious and deliberate effort on the people or the entities that really control our entertainment culture to influence the most influenced population to be influenced through the power of suggestion to behave like criminals. The prison industrial complex controls our music culture so every time we turn on our conventional radio with stations like Hot 97 or whatever we hear these songs that are influential in helping our youth to have a perception about how to follow in the footsteps of their favorite artist.

He’s absolutely right because I went through that firsthand what you are talking about. We talked about that before with the secret meeting that took place that changed the face of Hiphop. I was right there when it happened! I tell people to watch Unsung, it shows it and all of a sudden we are commercial and we tried to find some commercial success and they to L.A. and come back and the next thing you know we are gangstas.