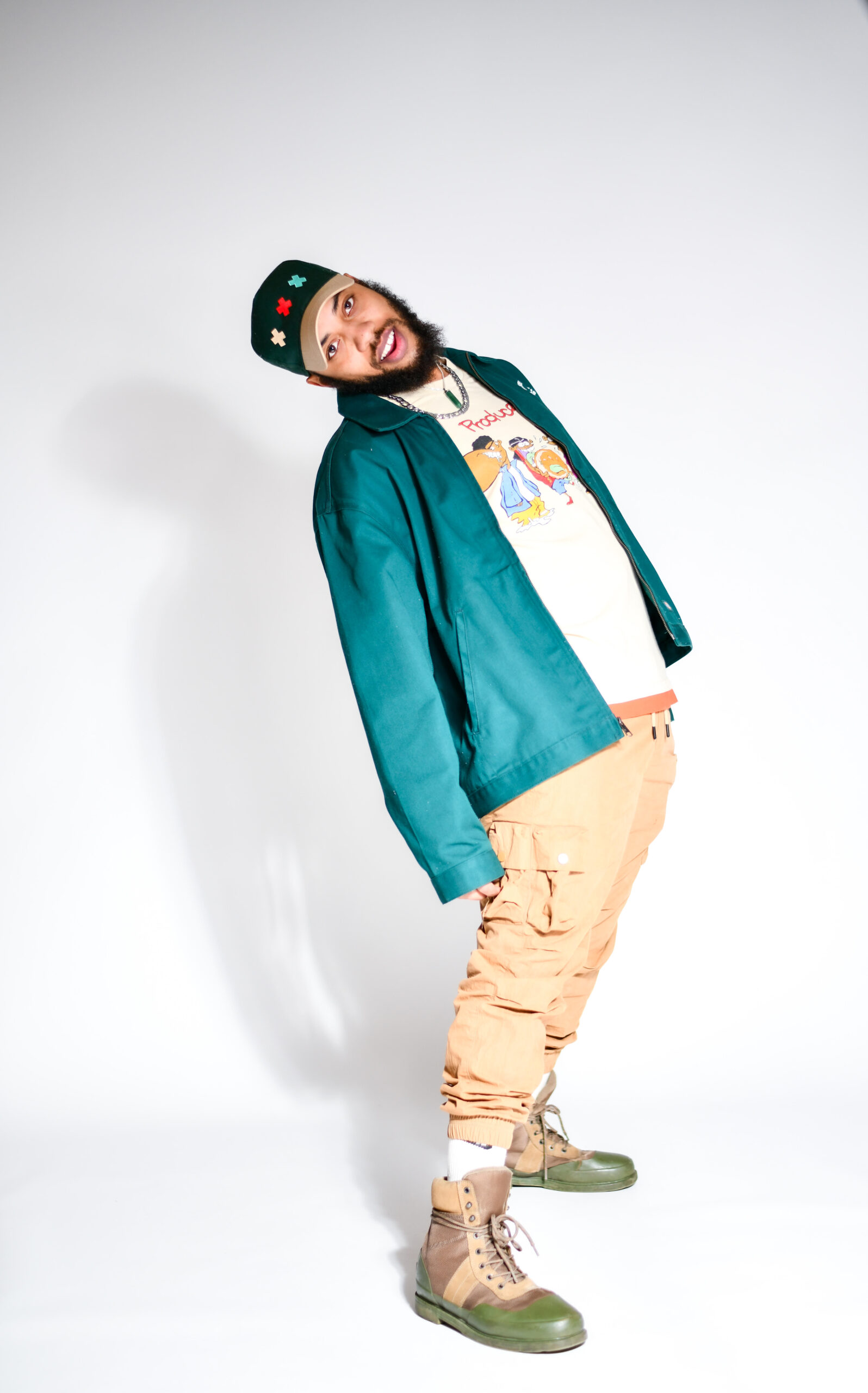 There’s no wasted motion when it comes to Portland Artist Bocha.  Each new endeavor is calculated, creative and executed with the precision of a true entrepreneur.

Bocha is from Rockwood, in the East Side of Portland where he grew up with two younger siblings in a two-bedroom apartment, until he was kicked out of his home at 14.  He attended Reynolds High School, and Mt. Hood Community College for a year, before realizing that school was not for him.

Nowadays, Bocha lives in Northeast Portland with Produce Organic Records partner and recording artist Donte Thomas and label photographer Reclusive.  Bocha still considers himself an independent artist but is professionally managed and has a publishing deal – clearly an artist who handles his business.

Bocha’s sound is reflective of a multifaceted personality – his bars range from incisive and technical, to laid back and groovy, with several verses that are downright profound. His most recent project, BUDS is a dense, collaborative album, with plenty of heady features from collective mates (Producer) Corey G and the aforementioned Thomas.

Social progress and change are clear priorities for Bocha, as reported by Complex in 2020. He has dedicated large amounts of time protesting police brutality, and advocating for BIPOC owned businesses in Portland.

“Even if I wasn’t a musician, I’d still find it necessary to be involved in my community. It’s important to know what’s really going on in the world, but especially in your neighborhood. You have more control in your neighborhood than you think. Having a business downtown and having a platform myself, I felt like I had to speak for those that felt they didn’t have a voice.”

When he’s not creating, collaborating, or operating his apparel brand Produce Portland, Bocha can be found drawing and spending time with his two dogs, Kimbo and Doja.

We had the pleasure of speaking with Bocha about his music, creative process, and social causes.

Your sound seems to really feed off a specific type of instrumental.  How does beat choice influence your writing, delivery etc.?

Choosing a beat, I’d say isn’t much of a difficult process for me. I know if I’ll like it within the first couple of seconds hearing it. I usually reach out to specific producers that I know knows my sound and will push my sound for the better. For example, Corey G might send me a beat he knows I’d like and give me a subject or topic and I’ll take it from there. Or sxlxmxn might send me a beat that has crazy drum breaks and bridges and I’ll attack the beat with different flows. It just clicks, I don’t know how else to explain it.

Where does the name Bocha come from? What led to that becoming your emcee name?

Honestly, it’s not that deep. After a group history project with some homies in high school, one of my homies wanted to make a song (I don’t know why that’s what he wanted to do, but we were all with it). After we made it, we were all thinking of rap names and at the time, I had the nickname of, “Big Mocha”, so I just put it together to get, “Bocha”. Always knew one day I’d make it tight.

You’ve released two full albums (BUDS and Thru The GRAPE Vine) as well as a dope EP since 2020.  Has the pandemic been a positive period for your creative process?

In short, I’d say, yes, the pandemic has helped my creative process. Being in the house at the beginning really put things into perspective for me and gave me a chance to gather my thoughts and put them all on wax. It also motivated me to find different hustles because I seen how it affected everyone on every level. Some were prepared and some really were not. All that time gave me a chance to plan and execute my moves properly.

We love your cover art! Do you work with a specific artist, and what goes into your decision on visually representing your work?

I appreciate that! I like to work with different artists for each project. I roam the internet looking for artists I feel have the look and style of what my music at the time sounds like. For example, if I’m making grungy music, I’m going to go for a rougher type of art. If I’m smoking weed in the forest, I’m going to pick a pick an artist I feel can best depict that.

It’s well documented that you are a very active champion of social causes, especially locally in Portland.  Talk about the importance of being an active member of your community and fighting for positive change.

Even if I wasn’t a musician, I’d still find it necessary to be involved in my community. It’s important to know what’s really going on in the world, but especially in your neighborhood. You have more control in your neighborhood than you think. Having a business downtown and having a platform myself, I felt like I had to speak for those that felt they didn’t have a voice. Experiencing a protest and police brutality hands on and being on the front line really woke me up to the bigger picture. WE ARE NOT LIKED! We, as in, the black community and people of color, must watch each other’s back and constantly be aware of our surroundings. So many BIPOC owned businesses went out of business due to our city’s lack of support, which forced a lot of people out of their homes with minor to zero resources. We must do our best to uplift each other and SUPPORT. Spread love and be the change you want to see.

You are a true entrepreneur, running a record label and apparel brand all while creating.  Where do you find the time to juggle all these interests?

Running Produce Organic Records (@ProduceOrganic.Records) isn’t as complicated as you might think. Besides a label, it’s more of a collective of artists. We use every resource and outlet we’ve gained along the way and apply it to every artist. We are independent so the relationships that we have built, most of the time, come from personal interaction. This showed me that we could make the same connections a larger label would be able to but through our own label. With that, we’re just here for the artists.

As far as running Produce (@ProducePortland) is a team effort. Jordan looks over the physical store and outsourcing and Donte and I take creative control over garments and design work. As a collective we put on pop ups and events. 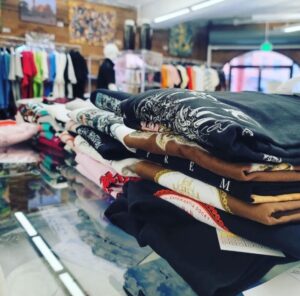 What’s on the Bocha playlist lately?  Any solid music recommendations?

On my playlist currently, I’ve been listening to Earl Sweatshirt, some classic Dom Kennedy, Curren$y has been dropping consistent heat. Babyface Ray and Duke Deuce are probably my favorite newer artists at this very moment as well.

There are so many good restaurants to go to in Portland it’s hard to choose. There is this wing spot I just heard about called, “Big’s Chicken” that I’ve been a fan of lately.

Without giving too much away, what are your goals for 2022?  Any new music coming soon?