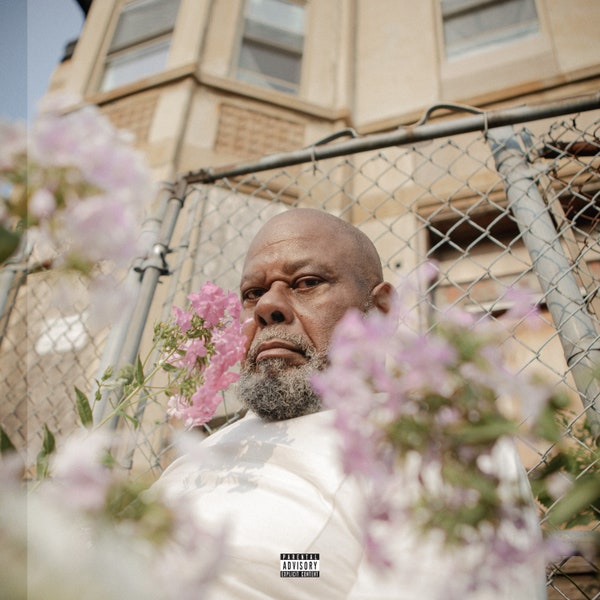 Saba’s third studio album Few Good Things is a compilation of colorful contradictions. Its contrasting elements play on themes of acquired wealth vs. systemic poverty, heartache vs. hope, all while transcending time and space.

This dichotomy is apparent early on – listen to track two (One Way or Every N***a With a Budget) side-by-side to track three (Survivor’s Guilt).   The first offering is uplifting, subtly optimistic, and catchy, while Survivor’s Guilt is gritty, grim, and delivered with breakneck flow, almost akin to Westside Bound 3, from Saba’s 2016 breakout Album Bucket List.

While presentation could not be much more far apart on these two tracks, the inherent paradox in each unmistakably links them.  In One Way or Every N***a With a Budget Saba proclaims: (“New crib by the seaside, on the one-way street though”). This line is indicative of the fact that with each new added perk in life, a new set of problems reappears.  It also hints at the lingering scars of the violence Saba has experienced, to the extent where one always needs an escape route.

On the other hand, Survivor’s Guilt is a more rugged, unfiltered expression of grief, which looks inwardly at the turmoil created by losing a cousin and a friend and partner in such a brief period. Saba channels the angst of Kendrick and delivers it in a style akin to one of his idols.  The raw emotion is palpable and driven home by precise lyricism: (“We facin’ the pressure of family that we watched suffer/I gotta lift ’em up out of the gutter/I make a check and send that to my mother/They root for me like Ireland and Conor McGregor”). Even with a more unbridled tone, Saba’s sensitivity and internal rift are clear; while he has elevated himself to the point of having success, money, and fame, he is still tied to those streets from the long years of watching his family and friends struggle. 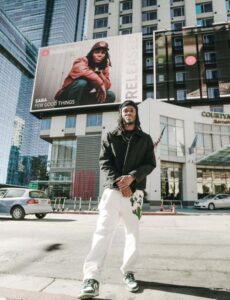 Few Good Things enlists a plethora of distinct features, all of whom were obviously selected with a clear purpose. Saba sounds right at home on a Come My Way with Krayzie Bone, employing accentuated articulation, but equally so matching the smooth and soulful singing of 6LACK and Smino on Still. One of many highlights is the silky and serene a Simpler Time which employs the talents of L.A. based multi-talented artist Mereba.  Saba delivers one of the most lasting bars in his verse on this track: (“In the simple autumn weather, give my daughter all that’s left/then her father laid to rest/The money never made me, I’m more than I invest.”) This line is reflective of an artist who can see past his present, his wealth, to a time where legacy will define him, and live on through his child.

The features hardly end there though, as stunning vocal performance from Fousheé and Day Wave bolster the back half of the project. It is safe to say that Few Good Things culminates (both by track number, and subject matter) with the seven minute, eight second title track.  With Black Thought, the timeless voice of the Roots, lending his talents, this song might be the new tour de force of Saba.  Vivid storytelling matched with a clear vision of past, present, and future are skills that make him a true visionary, and one of hip-hops elite writers.  There are very few seven-minute artistic experiences a human being can encounter that are more powerful and relevant than this song.

A little more than a month into 2022, it is a bold time to make audacious proclamations, but it is a safe bet, at years end, that Few Good Things will be one of the most profound hip-hop projects presented.  Saba is truly at his peak, influenced by a grouping of grief, foresight, cultural awareness, and artistic excellence.  This is an album for music fans across genres, for fans of poetry, for fans of art, and most importantly for subscribers to the human experience.