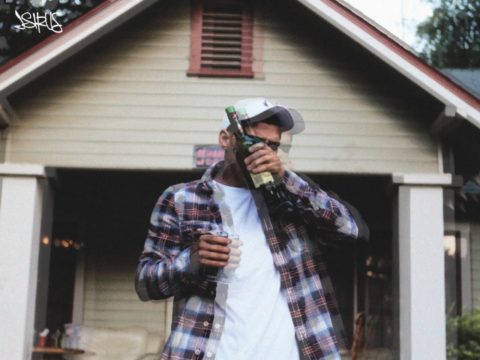 There’s a new energy in Sacramento’s hip-hop scene. J. Sirus is an emcee with raw lyricism and a passion that transcends both his recordings and performances. His music has taken him across the country, garnering the attention of new fans in every major market he touches. With his new project Another Friday available now for free download through his site, J. Sirus is ready to introduce himself to the world in a big way.

After dropping an advance single and visual for “Mama Said”, the 22 year old rapper wastes no time with a follow up single in the form of “Moon Rocks” featuring beautiful vocal assistance from fellow Sacramento artist, Zyah Belle. The track, produced by Anthony Cruz, is a funk-filled experience capable of moving any dance floor. J. Sirus describes the single…

“This song is like a new beginning to me. I had just quit my job, and it was like fuck everything I’m supposed to be doing, I’m gonna do my own shit. It’s the last song on ‘Another Friday’, and to me it wraps up the whole concept of why the project’s called that…like every day’s just another Friday to me. Like Zyah says on here, ‘Don’t worry about what’s in my cup’…it’s just about being yourself. And it feels good.”