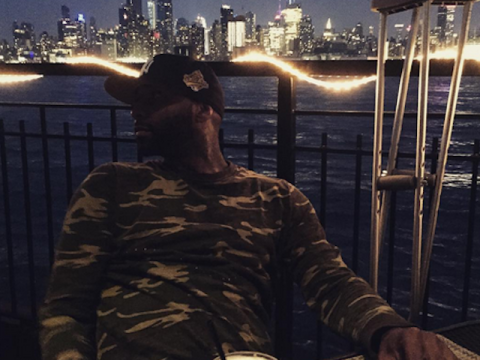 Slaughterhouse’s Joe Budden has dished out more details on his overnight feud with rap star Drake and explained their issues really stem from sneak disses.

According to Budden, his dispute with Drake comes from subliminal shots fired his way on songs like “4 PM In Calabasas” and the new “No Shopping” single.

“He does that often to people,” Joe said referring to Drake sneak-dissing people on songs. “I’m such a big fan that I just know ‘and’ I’m a rapper. So I know when it’s happening. You not going to do it to me – I’m so insignificant compared to him that nobody will ever know. So it was my job to call it all out. I knew the media would say I’m crazy. I had to call it out because later on y’all will get it. It’s not my fault that the business side of things is making them take longer with the record. Me, never really had the best business. I’m on your a**. So I put that out. … I’m gonna be on his a** and he won’t do it again – Charlamagne, the part you’re missing is I got 20 Drake disses already somewhere holed up.” (“I’ll Name This Podcast Later”)

Initially, Budden responded to Drake’s “No Shopping” lyrics on Twitter.

The post Joe Budden Says He Has “20 Drake” Diss Songs In The Stash [Audio] appeared first on For The Best In Hip-Hop News – SOHH.com.