Martha Diaz’s Top 5 “The Cipher” Moments: “I Was Using Hip-Hop In The Classroom” 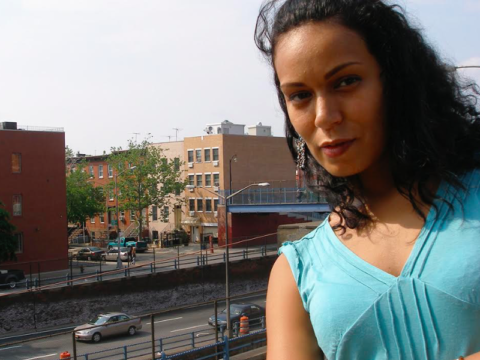 [Educator, activist, filmmaker, and all-around powerhouse Martha Diaz, founder of the Hip-Hop Education Center, recently sat down with hip-hop personality and SOHH correspondent Shawn Setaro on his popular “The Cipher” podcast. Listen to the full interview and check out five gems she dropped during the Q&A.]

On her first job, working at Yo! MTV Raps:

“You’re talking to a girl from Patterson, New Jersey. I didn’t even have cable. I didn’t know who Ed Lover and Dr. Dre were. What was crazy was, I was hanging out on the club scene in New York, and I’d met Ed Lover. So I knew Ed Lover, but I didn’t know he had a show!”

On why there hasn’t been a successful television show about the international hip-hop scene:

“Nobody has done an international hip-hop show and I think that’s deliberate. I think America’s so interested in making money that any outside artist that will take money away from the U.S. is problematic.”

On her initial inspiration for creating the Hip-Hop Education Center:

“I was using hip-hop in the classroom and the principal was like, ‘What are you doing? The other kids are going into your classroom.’ I realized that, wait, if I’m doing it, then there must be other people doing it.”

On the importance of using hip-hop in education:

“This is what young people are consuming. So it makes sense that we begin there, where young people are at. Second, this is part of a long legacy of African-American culture, of African culture, Latino culture. And the young people that are failing, most of them are black and Latino, and they don’t feel connected to what is being taught. If we had more history that they could connect to, they would probably be more interested in school.”

On the issues with archiving hip-hop’s history:

“If we had an alliance, if the moguls got together and each gave a million dollars, we could easily have this [hip-hop] museum overnight. But everyone has their own agenda, and someone from the third generation of hip-hop may not be interested in saving the first generation’s history.”

The post Martha Diaz’s Top 5 “The Cipher” Moments: “I Was Using Hip-Hop In The Classroom” appeared first on SOHH.com.

Martha Diaz’s Top 5 “The Cipher” Moments: “I Was Using Hip-Hop In The Classroom” : SOHH