Rap Album of the YEAR: Early Predictions and Analysis of This Year’s Projects 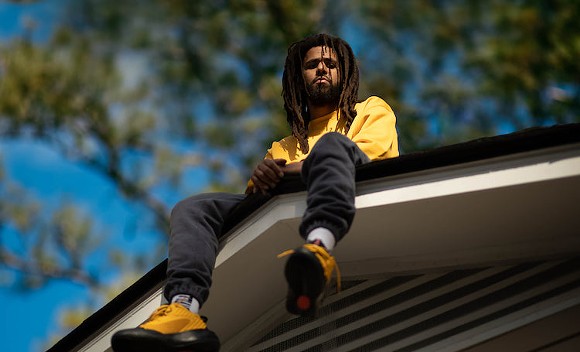 Our Breakdown of the 2021 contenders

One thing’s for certain, the Grammy committee has their hands full when it comes to rap album of the year and if we’re being honest, we don’t expect them to get it right anyway. If you’ve been following our site this year, you’d know that we’ve been covering and reviewing Hip Hop albums throughout, so it’s pretty much inevitable that we begin to look at them through a comparative lens. Although it’s impossible to weigh different types of albums against each other, Hip Hop has always been a competitive thing and we’re gonna keep that alive by picking our album of the year.

Side note, this article doesn’t reflect the views of alllllll of Today’s Hip Hop, just this one journalist.

Production: Tyler the Creator – Call me if you get lost

In the early 2010s amongst the excitement of his meteoric rise, there was a general feeling of “This is dope, but it won’t last for long”. If you thought that, Tyler heard you, and proceeded to flex on you with the success of his latest album. Tyler’s ability to grow with his music has been a site to see and while most will look at the shift in his lyrical content as a key to his longevity, it’s also his production ear that’s his secret weapon. Who else composed a song with two gorgeous bridges with the success of Tyler this year? Who else played with Reggae Riddims on one track, and a Gravediggaz sample the next? Sure, Alchemist, Kanye and a few other names went off this year production wise, but it wasn’t as versatile and beautiful as Tyler’s latest joint.

We covered this in depth already on our site so you can read up more there, but yeah.. Donda’s rollout was insane. Although it did get exhausting at points, the listening parties and random live streams created moments in the culture that will be remembered. Don’t get me wrong, the album itself had some incredible moments too, but in this competitive field, it was the rollout and scatterbrained marketing that had our attention all summer so it stands alone as the champ here.

It’s not that it was a bad album. It wasn’t! Drakes latest offering has pretty much everything you’d expect from a Drizzy album at this point. He’s crooning about love lost, dropping infectious number one singles with Future and designating a track or two to get his bars off. The problem is that we’ve seen this before time and time again. It’s a formula at this point, albeit one he’s perfected. You know exactly what Drake is going to give you in an album and the thing is, can you blame him? The numbers don’t lie. Still, he needs to start taking risks with his music and shaking up the formula to break any new ground as an artist.

It seems like forever ago that Cole dropped this gem on us, which in part is due to just how much quality has been released this year. The Off Season doesn’t quite have the cinematic conceptual feel of a 4 Your Eyez Only, or the overall sharpness of Forest Hills Drive, but it didn’t aim to be either. Instead, it feels like a lyrical exercise in which Cole sets out to get some of his flows off to prove that he still has it. J Cole is in an interesting spot in his career. The “Come Up” part of his journey is now in the rear view, and in this chapter, he verbally struggles with finding inspiration amongst the comfort of his success. In songs like “the climb back”, he finds that balance, which makes for beautiful results.

Album of the year prediction: Call me if you get lost

Unless Kendrick comes out of nowhere and throws a curveball, Tyler has the most complete and dope album of the year. The aforementioned production is fire, but the best part about it all is that Tyler is back on his rap shit. He found a perfect balance between his new melodic influences and his grimy Hip Hop foundation to deliver the album of the year. Like many of his fans, I wondered where the hell he’d go after IGOR. Would he continue to prioritize chord progressions over lyrics? Did he lose interest in rap altogether? Tyler answered those questions with a vengeance in Call me if you get lost. He’s still here and more well rounded than ever as an artist, and the Grammy committee better recognize, and run it back.

Honorable mentions: We’d be trippin if we didn’t show love to the projects as well:

The House Is Burning – Isaiah Rashad